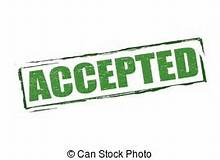 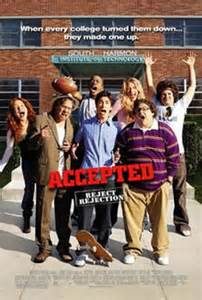 Everyone needs to feel accepted at one time or another.  It starts when we are young.  We want to be accepted by the children in our neighborhood so we have friends and someone to play with.  When we start school, we learn about a new environment and how to be accepted as groups form even in Kindergarten.  Many parents like to remain in the same school district as it is easier for their children particularly if they have difficulty making new friends.  High school changes seem to be the worst for teenagers.  If a parent is transferred or finds it necessary to move for a new position, teenagers tend to be angry if they are finally accepted at their current school to have to start all over in a new school.  One of the kindest things I have seen on the internet is the invitation to a big dance or prom for special needs students by another student.  It truly makes that student feel accepted and wanted.   Being accepted isn’t just about school or even being young.  It also occurs in the workplace.  Whether it is a large or small company, most individuals want to feel welcome and accepted as part of the team.  Often, if there are two women in a small group, if a third one is added, then it becomes two against one.  I have seen it many times.  There isn’t really a reason that I can think of except jealousy, even at a very low level.  Even in social events, have you noticed that there are people who end up by themselves even with large crowds?  They may be shy, but occasionally it goes beyond that.  They could be snubbed because of their appearance, the wrong fashion, possibly less educated than the attendees, or just about any reason you can think of.  If everyone accepted each other for who they are then it might even be a more peaceful world.  Lately, the U.S. Presidential election sparks many comments particularly on the internet and on Facebook.  There have even been postings that if you are a friend of a person who is voting for either candidate, and you are not going to vote for their choice, they will unfriend you.  Whatever happened to having your own opinion?  When did it become everyone else’s business and concern so much so that if you don’t vote their way, they don’t want to know you?  In the Good Gus Series, everyone is accepted the way they are.  Exciting news!  All Good Gus books that are in publication, are on Kindle along with “The Special Gift” which is the Christmas book.  It is available around the world.  Please check it out.  In “Misplaced Trust” no one accepts anything.  It will be an interesting read during the holiday season when you just need a break from the daily routine.  (available on all popular e-book websites)