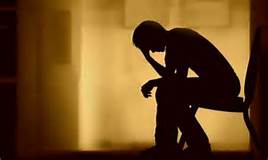 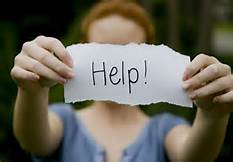 There was a recent study preformed in Australia that dealt with adult depression.  Being an advocate of good nutrition, the article caught my eye.  The study was carried out over a twelve week period.  The basis of this study was that if adults have eaten a poor diet and if they were taught about good nutrition  it would it have an impact on their adult depression.  The study was performed by SMILES, Supporting the Modification of Lifestyle Interventions in Lowered Emotional States.  That is a long name!  In order to participate, the individuals involved had to have had a major depressive episode.  The article did not define what that was.  In addition, ‘they had to report on the Dietary Screening Tool that they had low intake of dietary fiber, lean protein, fruits, and vegetables; as well as a high intake of sweets, processed meats, and salty snacks.’ That is a diet that many individuals eat on a daily basis and particularly in western cultures.  Just about anyone you ask has an opinion of what is good nutrition and eating properly.  “The primary focus was on increasing diet quality by supporting the consumption of the following 12 key food groups (recommended servings in brackets): whole grains (5–8 servings per day); vegetables (6 per day); fruit (3 per day); legumes (3–4 per week); low-fat and unsweetened dairy foods (2–3 per day); raw and unsalted nuts (1 per day); fish (at least 2 per week); lean red meats (3–4 per week), chicken (2–3 per week); eggs (up to 6 per week); and olive oil (3 tablespoons per day), whilst reducing intake of ‘extras’ foods, such as sweets, refined cereals, fried food, fast food, processed meats and sugary drinks (no more than 3 per week).”   They chose sixty-seven random individuals.  Of the people who were excluded in this study,  only fifteen of the ninety-nine excluded were screened out because they had a diet that was ‘too good,’ according to Australian guidelines for a good diet. In this group only nine percent  of adults with depression had what was considered a healthy diet.  The bottom line to this study is that if one third of the individuals improved with a good diet, that meant that a good healthy diet is more important than most individuals realized.  None of the participants took nutritional supplements.  Can you image what impact that would have had on the study?  In the Good Gus Series, as it is for children, there was obviously no topics on illness or adult depression.  The books are available exclusively on Kindle worldwide.  If you are battling a bout of adult depression, I hope this article was helpful to you.  If you are looking for new reading material, “Misplaced Trust” is available on Kindle, Nook, Apple and several popular e-book websites.