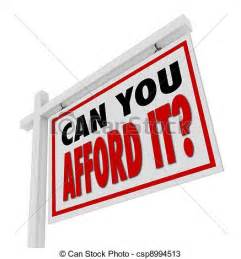 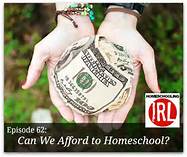 Often when people say they cannot afford something it is really just an excuse. In sales, there are many ways to close a deal for a sales person.  Most sales people focus on price.  There are other factors too.  For example, the prospective customer may not like the product or the sales rep.  They may also feel that they do not need the product.  However, when it comes down to price, that is where most sales people think that if they lower the price they will land the sale.  However, it’s not that easy.  There are occasions when people really and truly cannot afford the product.  Even it the price is spectacular, it won’t matter as they do not have the means to pay.  Before the recession in the 2000’s, many people lived well beyond their means.  They really could’t afford it but the credit card companies were passing out lines of credit as fast as a person would agree to pay.  Once the recession hit, the number of bankruptcies increased dramatically.  There were individuals who were caught in the recession, but not because they went crazy with credit cards, loans, or financed payments to stores, shops, etc.  They lost their jobs and simply couldn’t afford to live.Their ability to pay disappeared and many ended up homeless,  living in their cars before they sold them, moving in with relatives or in a shelter.  During the stock market crash 1929, many people gave up, sold all their possessions and headed to areas with jobs. There were people who gave up on life and the suicide rate rose dramatically.   If you have friends who are forever telling you that they cannot afford to go out and socialize, yet every time you see them they are wearing new clothes, driving a newer vehicle and possibly smoking, you know that they are not truthful.  Wherever you go, in any country, there are always beggars looking for a handout.  Do you consider giving them money?  If they are smoking and their clothes look decent and clean, there is a good chance they are pretending to be broke and are using the income to support their lifestyle rather than go to work.  In Europe, the gypsies will approach you and demand money.  One time when I was standing in front of a bookstore in Dublin City Center, a gypsy approached me and demanded money.  I ignored her and finally when she was just about in my face I told her to leave me alone.  When she saw I had no purse to snatch, she told me she would be back with her boyfriend and he would make me pay.  They returned and right after that so did my son who had stepped down the street for a sandwich.  Once  he was on the scene, her brazen attitude accelerated saying her boyfriend would beat up my son.  However, the boyfriend took one look at him and as my son handed me his sandwich and backpack, the boyfriend realized that he was about to be in a great deal of trouble.  She continued to confront me.   My son took one step forward.  The boyfriend grabbed her and literally dragged her away.  He knew he would have been pulverized.  The point being, that if she had worked for a living she wouldn’t be harassing people trying to steal from them.  In the Good Gus Series, the characters in the books didn’t live fancy lives.  They worked and could afford to live their lives in the manner during that period.  The books are available exclusively on Kindle worldwide.  If the relatives of a will, estate or trust are demanding money from you claiming they can’t afford anything, don’t even bother to explain to them that you will continue to follow the rules of the documents.  Take a breath and read “Misplaced Trust” for tips and ideas on how to handle everything.  The book is available at 24 Symbols, Apple, Nook, Kindle, Kobo, Page Foundry, Scribd and Tolino.