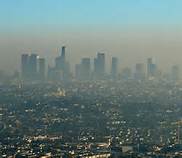 There is continual discussions around the globe about air pollution.  There are frequently new articles about why the planet earth has air pollution.  Many scientists believe it is the vehicles.  Others are convinced it is fossil fuels and coal.  Many areas of the world have addressed air pollution by reducing their carbon footprint.  There are laws regarding emissions from cars which the VW Corporation manipulated and then once caught was fined, their sales dropped, and they had to recall numerous vehicles to replace the faulty equipment.  However, air pollution has a new negativity.  A California study has found that anyone diagnosed with liver cancer has a reduced survival rate if they live near areas with heavy air pollution from industries, traffic or smoke.  The “International Journal of Cancer” stated that even individuals with the least advanced cancers were at great risk leaving near or in an area with heavy air pollution.  It also appears to have a dramatic effect on any individual with liver cancer.  Because the liver helps the body process toxic materials that enter from the outside, the risk is significantly higher for death.  According to the study, thirty-one percent more people who lived near toxic air had a higher death rate.  There is also evidence that it can lead to cardio-respiratory disease.  If you thought about it, do you ever wonder why individuals jog through heavily trafficked streets?  They have to be breathing in all the toxins from the cars and the air.  Many gyms now have inside tracks for running so that anyone who likes jogging can do it in a safe, pollution free environment.  As there were no vehicles, let alone fossil fuels in the Good  Gus series,  there was obviously no air pollution.  The series is available exclusively on Kindle worldwide.  As you ponder taking a walk, but are worried about air pollution, take a reading break instead with “Misplaced Trust.”  It is available on 24 Symbols, Apple, Nook, Kindle, Kobo, Page Foundry, Scribd, Playster and Tolino.