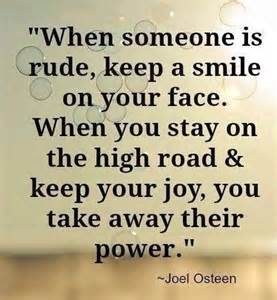 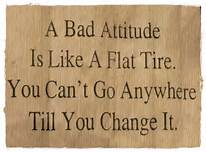 Have you ever noticed that there are just some people who need an attitude adjustment? You can be anywhere when a bank teller, clerk at the Post, or in a shop will be rude and really need an attitude adjustment.  Those employees should realize that without customers they would be unemployed.  Anyone can have a bad day, that is understandable.  Yet, there are individuals who appear to need an attitude adjustment just about everyday.  One time, when I was much younger, I had to go back to my old high school.  I was dressed nicely, but I was about twenty-three or so.  The woman behind the desk was rude and demanded to know what I needed.  When she realized that I was not a student, her attitude changed immediately.  In a way, anyone like that is a bully.  They can be rude and inconsiderate to children or teenagers because no one will object.  After all, they are just kids.  Who would believe them?  When an individual has a bad attitude, they really need to examine why and try to sort themselves out.  In the workplace, being rude and nasty is sometimes accepted because the individual has a rare or specific talent.  They tend to take their gift and make life for everyone around them miserable because they can.  When I had a contract firm, anyone with specialized software engineering skills were in high demand.  The majority were decent people but they clearly understood they could charge a much higher rate and did.  The employers were then the ones needing an attitude adjustment as they didn’t want to pay. In the end though, it was either pay the rates or lose projects and profits.  In the Good Gus series, the only person who needed an attitude adjustment was Bad Bart in book one.  The series is available exclusively on Kindle worldwide.  There were a number of characters in “Misplaced Trust” that really needed an attitude adjustment.  The books is available at 24 Symbols, Apple, Nook, Kindle, Kobo, Page Foundry, Scribd, Playster and Tolino.