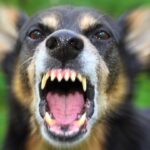 Being rude is a sign of weakness and insecurity.  People who feel that they can say or do anything are weak.  They hide their feelings by being rude. Lately many people feel it is acceptable to be rude.  Surprise, it is not!  Kindness goes a long way, yet being abusive appears to be the new norm.  I disagree.  The old saying, “You can catch more flies with honey instead of vinegar” still applies today. If you treat people decently, the chances are they will be pleasant to you.  Being rude can also show a bullying side.  One day my neighbor and his daughter came by to ask me to sign a petition about their dog.  They leave their dog outside and he or she barks incessantly all day long while they are gone.  The man has been brutish to me in the past.  As I was alone at that time, I tried to keep away from him.  So when he and his daughter were at my front door, he was intimidating.  As many other neighbors had the same complaint about his attitude at their front door,  when they fought the complaints against them at our home owners association meeting, the neighbors were afraid to speak up.  I told three male members of the board and they made the dog owner go outside and then asked other homeowners if they felt he was being rude and had intimidated them.  When they said yes but were afraid of repercussions, the man was allowed back into the meeting and ended up paying a fine and was told to follow the rules or the fine would increase dramatically. In the Good Gus series being rude was out of the question.  It was more important in all the stories to treat people with respect and be kind.  It is online at Kindle, Nook and Waterstones.  “Misplaced Trust” has many characters who thought being rude was the norm.  It is also online at 24 Symbols, Apple, Nook, Kindle, Kobo, Page Foundry, Scribd, Playster and Tolino.