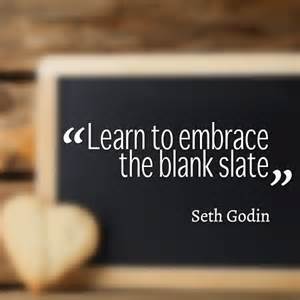 The new year gives us all a blank slate. Three hundred and sixty-two more days to change, make amends, attend college, learn a new skill, start a new business or find romance.  Many individuals just look at it as another day with the same old problems.  Yet, it’s a fresh start to try new things, change whatever issues there are in your life, and in general let the past go and make a fresh start.  Unfortunately, most people don’t move forward.  They carry that heavy baggage right into the new year.  They make resolutions in hopes of making real changes and they occasionally last, but often they break them or forget about them.  Many people resolve to exercise at the gym frequently.  However, if there is inclement weather, they put it off and before you know it that gym company has a nice profit as the individual stops going.  Others try to quit smoking.  Years ago the withdrawal was so difficult that people tried to quit but ended up smoking in less than a month.  Now, however, there are patches and medications to help a person truly quit.  It is my understanding that they work.  Giving up other things such as alcohol and gambling are difficult for many people.  If you live near casinos, the gambling can be nearly impossible.  Not to mention, that many casinos give free bar liquor when you play the slot machines.  Great way to increase business while the gambler is drinking while playing.  As it is only bar labels and not brands, the costs are far less and the profits are significantly higher.  Another thing people do who can’t get past their lives is that they move.  They figure that if they are in a new area with a new job, new friends, new interests, that they can turn their blank slate into good memories.  It is costly but running away doesn’t solve anything.  Rather than set  unrealistic goals, turn things around, make impossible promises that cannot be kept, many people just hope that the blank slate will magically make everything right.  If they only thought it through, they would realize that the blank slate is the chance to look at things objectively and find new solutions and make wonderful positive memories throughout the year.  In the Good Gus Series, there is no new year’s story.  Everyday, the citizens of Pecos believe that they have a blank slate and they feel it is important to make the most of each day.  The books are available exclusively on Kindle worldwide.  Now that your new year has begun, read something new and different such as “Misplaced Trust” which is available on Kindle, Apple, Nook and several popular e-book websites.