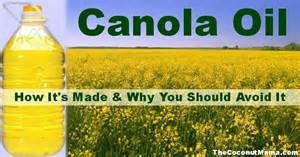 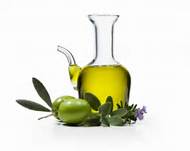 Canola oil has been touted as healthy to help reduce cholesterol and lower the risk of heart disease. Not only did I dislike the taste, but I never agreed with their assessment. I had seen a study several years ago that believed that use of canola oil led to breast cancer.  Now a new study from Temple University is showing that the vegetable based fat is increasing substances in the brain that may lead to Alzheimer’s.  Most oils are plant based such as olive, grape seed, sunflower, etc.  Why some are better than others mainly involves where they are grown and how they are processed.  Canola oil is less expensive than most vegetable oils.  Until recently, it was considered one of the healthiest oils.  Others would disagree.  The researchers worked with mice that had been engineered to contract Alzheimer’s just as humans develop it.  They had two groups or mice and split them in half.  They were both fed the exact same foods except one group was given two tablespoons of canola oil each every day.  They did this for six months and then retested the mice.  As you know, they use mazes for intelligence testing on rodents.  When they tested each group the results were surprising.  The mice with the canola oil added to their diet showed a decline in their memory capabilities not to mention they gained more weight than the group who didn’t eat canola oil.  The reduction in cognitive functions showed chemical changes in their brains.  They had increases in the plaques which is basically what clogs the brain so it functions at a reduced capacity.  The good news is that olive oil, another favorite of health enthusiasts from a previous study was clearly a winner in reducing the plaques in mice.   While you make choices of what oils you utilize in cooking, consider additional research.  Always avoid the hydrogenated products. In the Good Gus series, the only oils available were olive  from Italy. The series is available on Kindle and books one and two on You tube at Mae’s Story Time.  The Marine base has sold out, but Miss Patty is bringing more books tomorrow.  When you take a break from researching canola oil, I hope you will consider reading “Misplaced Trust.”  It is available on 24 Symbols, Apple, Nook, Kindle, Kobo, Page Foundry, Scribd, Playster and Tolino.