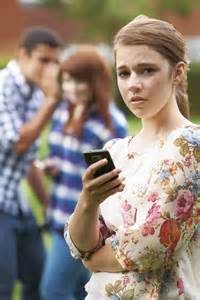 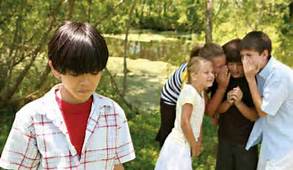 What is behind the reasoning for children that bully? Today, my sweet granddaughter was at a birthday party. She was having a wonderful time playing in the bouncy house and then water was added which made it even more fun.  At first it was only the two birthday girls who are sisters.  They have always been very nice to her and played with her even though she is only three and one half.  As other children began to arrive, they all joined in the fun.  All of a sudden the older girl became upset that my granddaughter was speaking to her friend.  She immediately pushed her away which obviously made her cry.  Why did this happen?  Apparently she is one of the types of children that bully.  I suspect she was jealous, but parents really need to teach their children about having friends and sharing.  It was very upsetting as my granddaughter likes everyone.  Just recently, a timid woman posted on the interest about her experience with a few children that bully.  She was in line at a department store check out section.  About three or four children, probably around twelve were behind her in line.  It was clear that the clerk ringing up the products had been in a terrible accident.  His head was misshaped and he had staples on his skull.  The kids were laughing and taking pictures of the man and snickering to each other.  The mother was so upset that she waited until they left the store and then approached them. She asked where their mother or ride was and they began to panic.  She bravely told them they were bullies and demanded they delete the pictures of the unfortunate man.  She waited until their ride arrived and then explained it to the mum.  No one was happy.  The mother was very upset that her child was one of the children that bully.  I suspect that video games and phones were taken away that day.  In the Good Gus Series, Bad Bart was the only bully, but he learned quickly that it was unacceptable behavior.  The series is available exclusively on Kindle worldwide.  If you have children that bully in your neighborhood, let their parents know.  Susan Boyle had to call the police for her tormentors.  When you find time, I hope you will consider reading “Misplaced Trust” which is available on 24 Symbols, Apple, Nook, Kindle, Kobo, Page Foundry, Scribd, Playster and Tolino.