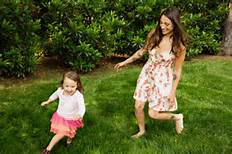 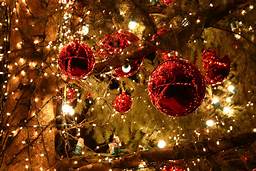 There are many children around the world who live in orphanages and wish to be chosen for adoption.  It is not an easy task adopting a child.  Apparently, it is so complicated in the United States, that many families adopt children in other countries.  Even though there is red tape, it appears to be simpler.  On the former TV show, “The Little Couple” they adopted a child from China and one from India.  They chose agencies that offered children who could relate to them as parents as they are little people.  They found it simpler than adopting from the United States.  In the Christmas book, in the Good Gus Series, “The Special Gift,” a boy living in an orphanage wanders off to play.  When he returns at the end of the day, there was a fire and everyone has left forgetting him.  He sets out on a journey thinking he is going in the right direction.  Fortunately, Sheriff Gus stumbles upon him just when he is worn down from walking and a lack of food.  In the end, the boy, Liam, is chosen by a member of the Pecos community.  Even back then, the Sheriff had to find the orphanage and Judge Ross had  to prepare all the paperwork so that Liam could be adopted.  It is a heart warming story for you and your family.  Many young women, who are referred to as millenniums, seem to become distraught if they are not chosen for marriage by the age of thirty.  A few women even suffer breakdowns as they feel they are failures, unloved and possibly even unworthy.  Sadly, there is plenty of time for them to meet the right person, fall in love and get married.  Yet, there seems to be some type of hidden pressure or idea that if they turn thirty and aren’t engaged or married that they are doomed.  During the early 1900’s right up to the late 1960’s young women felt the need to be married from between the age of sixteen to eighteen.  If they reached twenty they were considered to be an old maid or a spinster.  When I was in high school, a neighbor joined the military.  He was stationed in a southern state in the U.S.  He returned one year later with a wife.  She was fifteen!  While I was  hoping to date and land a part time job, she was married and expecting her first child.  To the best of my knowledge, they are still married today.  In her area, it was considered acceptable to be married at fourteen and her parents willingly signed the necessary paperwork.  Remember, the Good Gus Series is available exclusively on Kindle worldwide.  It is the easiest gift to purchase for the young readers on your list.  If you are chosen to handle family matters, before you become frustrated, please consider reading “Misplaced Trust” which is also available on Kindle, Nook, Apple and several popular e-book websites around the globe.