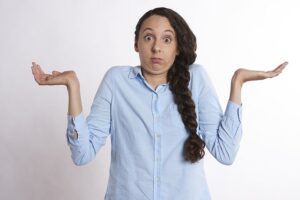 In the United States, there is controversy regarding standing or kneeling for the national anthem when actually all the discussion is clouding the issue. While everyone is voicing their opinions and attacking each other, the people with real problems continue to suffer.  All the victims of the hurricanes and the country of Puerto Rico especially, are having great difficulties.  By clouding the issue the importance of fresh drinking water, food, and medical care are all being ignored.  When individuals argue, one person may start by clouding the issue.  As soon as they do that, the other person has lost.  It doesn’t matter what they were discussing, the crux of the situation has disappeared because the other party used the clouding issue tactic to win.  It is especially prevalent in politics.  The politicians start with a topic and before you know it they are off onto another subject.  Most of the time the individuals involved don’t even see what occurred.  People in long term relationships or married couples continually battle this problem.  They never stick to the subject at hand but rather allow the other party to twist the wording and before they realize it, they are in an entirely new discussion.  It is rare that arguments result in anything positive.  Most of them end up with one or both people mad and possibly not speaking to each other.  No one ever thinks to sit down in a logical manner and without raised voices, threats, or insults solve the problem.  In the Good Gus series, clouding the issue never occurred.  The stories are based on real people in the old west handling and solving problems without clouding the issues.  Remember, the stories are available exclusively on Kindle and are ideal for nap or bedtime reading.  In “Misplaced Trust” you will find a few chapters where people definitely tried clouding the issue.  You can find it on 24 Symbols, Apple, Nook, Kindle, Kobo, Page Foundry, Scribd, Playster and Tolino.