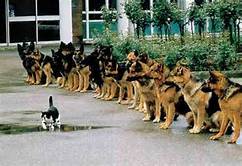 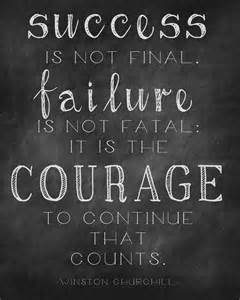 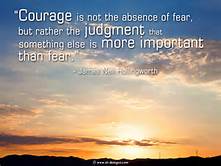 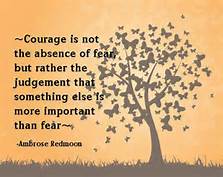 There are many individuals in life that have more courage than you think possible.  It takes a great deal of courage just to stand up to bullies.  Many children and teenagers have been bullied and have not had the courage to stop it.  It is a formidable task.  Sometimes all it takes is standing up to them because they are weak and will back down.  However, lately on the news there have been hate crimes that were broadcast.  Three individuals bullied one person and he didn’t stand a chance against them.  His family was devastated, but somehow through all of it he managed to hold on.  Facing a bully at any age takes a great deal of courage.  It isn’t always easy.  The person could be larger than you, hold a position of power,  or as a child or teen feel so overwhelmed that whatever courage they may have dissipates once the attacks begin.  There have been countless TV shows, movies, and documentaries covering this matter not to mention numerous articles on the internet.  The schools in many countries actually teach children to stand up for themselves and not allow a bully to harm them.  What is sad is that teenagers are often bullied so much that they believe the only way to stop it is to end their lives.  Have you ever wondered about the bullies that go so far that this happens?  How can they justify their actions?  Recently there was a news article about a woman who was brutalized by several men.  They broke into her apartment and truly harmed her.  She did have the courage to report it to the police.  They didn’t really believe her even though the hospital could attest to her injuries.  However, when it happened a second time to a second woman, they took notice.  She had the courage to report the crime in the hopes that the men would be caught and it wouldn’t happen to anyone else.  Where is the courage of the police to stand up and accept an innocent person’s word and investigate the crime?  Naturally, anyone in war who is battling an injustice or an enemy has to have courage.    That is why many countries have special medals of courage for soldiers and the volunteers who help the injured.  It’s an outward sign that lets the world know that these people were strong and brave.  In several of the Good Gus Series books, the characters showed courage in their actions.  The books, which are available on Kindle exclusively worldwide, give the young reader a positive example of doing the right thing and caring about others.  If you find you do not have the courage to battle family infighting after a person has passed, read “Misplaced Trust” which is also available on Kindle, Nook, Apple, and several popular e-book websites.