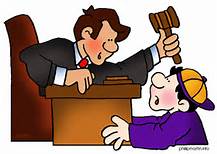 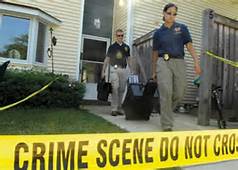 Why are crimes rising around the world? No one seems to be able to get along with anyone and the end result seems to end with a crime.  For example, a woman in California abandoned her toddler in a grocery.  Technology captured her and eventually found her.  However, the big question is why.  The crime stories everyday on the news, the internet and in the papers is exacerbating.  People get angry, and commit a crime against another human being.  It is a total lack of control of their minds and actions.  In Florida, an armed bystander came to the rescue of a deputy sheriff who was being attacked.  Plus, on the TV, in the movies and real life, why does the person who is guilty run when they are confronted?  Where are they going to go where they won’t be found, arrested, and jailed?  Then there was the case of a teenage girl who was found dead being malnourished and living in squalor.  Her mother has been charged with a number of crimes concerning her and her siblings.  Everyone is so busy with politics, not minding their own business yet no one noticed this young girl’s basic disappearance.  Where was the school system when she stopped attending school?  There was also a woman and her boyfriend in Chicago who killed her mother.  Was the crime worth it?  I doubt it.  Now, the child from this relationship is in foster care.  Why don’t people think before they speak or act?  An Ohio mother as she lay dying from an attacker asked the police where her missing child was.  After an extensive manhunt they found the child, but it wasn’t necessary to kill the woman and make the child motherless.  These are just a few of the highlights of today’s reporting of crimes.  The world needs to stop fighting one another and at least try to get along.  All countries have crimes it is just a matter of the punishment that may make a difference.  In the Good Gus Series, there was no crimes committed.  It would have been a bad example for the young readers.  There series is available exclusively on Kindle worldwide.  If the relatives of a will or trust are trying to commit crimes against the estate, take a few minutes and read “Misplaced Trust” to help you handle the situations.  It is available on 24 Symbols, Apple, Nook, Kindle, Kobo, Page Foundry, Scribd and Tolino.