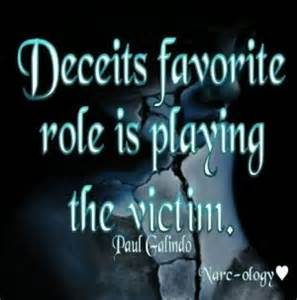 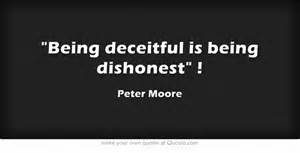 Why is it so easy for people to be deceitful?  The worst part about being deceitful unless it is so serious that it is a theft of money, crimes against the state or murder, it doesn’t seem to matter.  The media, particularly in the United States, is constantly being taken to task because of being deceitful.  The news is supposed to be impartial and tell the truth.  Yet, the false rumors, lies, innuendos, etc. continue.  For the most part it is the people who have their own agenda and don’t want the truth to be made public.  Only recently, demonstrators in a city in the U.S. were so caught up in their beliefs and desires, that they refused to let an ambulance pass.  The person inside almost died.  I wonder if the shoe was on the other foot, how one of the protesters might have felt if it was a member of their family in the ambulance.  Sadly, we will never know.  What has happened to the world in that various groups, political, religious, governmental, etc. that whatever their thoughts and beliefs may be that only their opinions are the right ones?  Obviously, there are countries that do not allow free speech.  However, in the countries that do, bans are going in place that will no longer allow individuals to speak their mind or express their thoughts.  It’s beginning to happen in Europe and North America.  Our thoughts and ideas belong to us.  We should be allowed to express them whenever we choose without worrying about repercussions.  Yet, the news media is covering it all up by being deceitful.  The old saying, “For the good of the people” isn’t anymore.  It is for the individuals who control what is printed and distributed and in so doing, refusing to allow free speech and free expressions of thoughts. If you think about it, it is a subtle form of bullying. Obviously, the gossip magazines sell their products based on being deceitful.  As you stand in line in any grocery in the world, you are exposed to it.  Facebook also does something similar in their ads claiming people have passed when it is really just a way to click on their ads to sell products.  Sensationalism works but only for so long.  In the Good Gus Series, the characters are not supposed to be deceitful.  The children are to a small degree but they are always caught and have to confess to their lie.  The series is available exclusively on Kindle worldwide.  If family and friends are deceitful towards you, take a break, grab your I-Pad and read “Misplaced Trust” which is available on Kindle, Nook, Apple and several popular e-book websites.