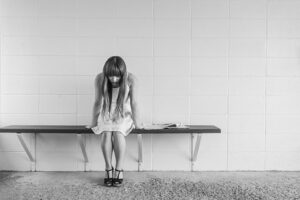 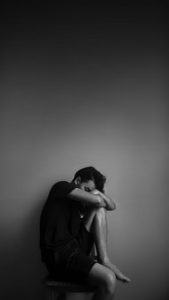 There are many individuals who are depressed. They can barely function in daily life.  It is sad and unfortunate but  true.  Being depressed is difficult.  Many people go to therapists or psychiatrists in the hope that they will help them.  Sometimes, people are depressed because of their circumstances.  When a person becomes redundant or laid off, if they don’t land another job immediately, and it begins to stretch out they become depressed.  Sometimes it is the economy, but often it is just finding a better way to improve the bottom line of profitability for most companies.  During really difficult recessions, many people gave up and either never worked again, started jobs for the minimum wage, or found a way to start over with an in demand career.  The people who gave up went on the dole or welfare and adjusted to their downturn in life.  They probably remained depressed indefinitely.  There are also individuals who take a break-up very hard.  One partner may have moved on, but the other one is so devastated that they have no idea of to get past it.  When this occurs their depression lasts for a long period.  Then there are the individuals who have so many bad or negative things happen to them that they simply cannot get over it.  There are also people who have always had it so good that they cannot understand or help anyone who has depression.  It is something they have never experienced so they do not know how to deal with it.  For anyone who is depressed, exercise is a great form of relief.  It increases your endorphin levels.  Not only does it relieve your stress but it gives you an overwhelming feeling of well being.  There were no citizens in Pecos in the Good Gus series that were depressed.  Their daily lives were full of exercise.  The series is available exclusively on Kindle worldwide.  If you are feeling depressed handling an estate or family finances, pull up an easy chair and read “Misplaced Trust.”  It is available on 24 Symbols, Apple, Nook, Kindle, Kobo, Page Foundry, Scribd, Playster and Tolino.