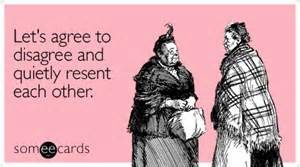 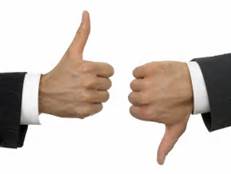 Many people agree just to disagree. When you put a few people together, particularly family, the don’t seem to be able to agree on anything.  It is almost as if they want to disagree.  When I wrote “Misplaced Trust” many of the chapters dealt with people who say yes to your face and then do the opposite.  If anyone has ever been on a condominium board you would understand this clearly.  There are individuals that no matter how logical a decision may be, there is always one or two people who will completely disagree.  Often, their reasoning is illogical.  It’s almost as if they want to be the sole decision makers and let the rest of the community accept their word.  The community members should have a say.  It is their money that is being paid each month in fees.  Plus, the point of elected individuals to a board shows that the community puts their trust in whom they have chosen.  Unfortunately, and you can ask almost anyone who has or is currently on a board, that the continuous emails and infighting is literally exhausting.  No matter what the decision is one or two of the individuals will disagree.  It’s easy to see in almost any government, in any country, that the elected officials prefer to disagree rather than unite as one.  If they think it will help them get re-elected, they are wrong.  They are elected as the people want results.  They do not want the constant fighting, arguing, finger pointing, name calling, and now, lately, false news and publicity.   In the Good Gus series, there were people who did disagree in many of the stories.  Yet, they came together as a community.  The series is available exclusively on Kindle worldwide.  If you are handling a will or trust and too many people seem to disagree with you, take a break and read “Misplaced Trust.”  It may give you the solutions you are seeking.  It is available on 24 Symbols, Apple, Nook, Kindle, Kobo, Page Foundry, Scribd, Playster and Tolino.