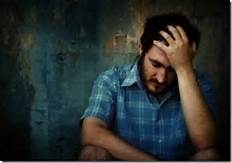 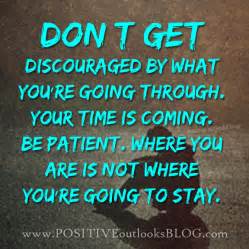 You have no idea how many people have told me lately that they have stopped reading the news or listening to it as it makes them feel discouraged.  I can understand being discouraged when you work along side a person who receives all the accolades, raises and even promotions and there is no difference in the quality of your work as opposed to theirs.  In the competitive field of sales, becoming discouraged is easy.  Often there are individuals who literally lie, cheat and steal to close a sale.  There are individuals in the greater Los Angeles area, for example, who prey on the senior citizens.  They over charge for inferior quality work for an estate plan, will or a trust.  What is worse is that many of the decent individuals have quit and moved onto a new career path because of these two particular people.  Los Angeles is a large area and there are plenty of buyers for their products.  Yet one person is harsh and gruff and treats people poorly, while frightening them into spending money often for documents they really don’t need.  The other person lies outright and takes many of the seniors’ money only to return with inferior work.  The second person convinces people that they need new documents and basically stays in their home until they are worn down and will do anything just so they will leave.   Both people have cheated their employer who hired them in good faith and initially gave them the quality work they were selling.  The second person moved on because of greed.  Why would they gave their employer who gave them the leads when they could keep all of the money?  The worst part is that the seniors are so discouraged that they are afraid to contact the authorities and file a complaint.  Ideal for both cheaters.  This is the type of information that should be on the news so that people are aware of what is happening.  In the Good Gus Series, there is one character who was discouraged after his wife passed.  However, the whole town rallied around him and he gained a new perspective on life.  The series is available exclusively on Kindle worldwide.  If you are discouraged at work, dealing with a trust, will or estate, turn your focus to “Misplaced Trust.”  It is available on 24 Symbols, Apple, Nook, Kindle, Kobo, Page Foundry, Scribd and Tolino.  It’s down to two weeks before my appearance at the Cotuit Library.  Hope to see you there!