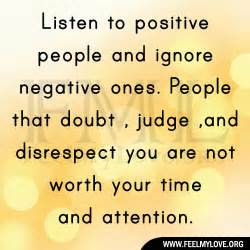 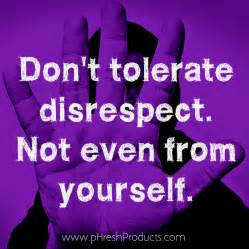 Disrespect is a character flaw.  It is understandable if a person is rude to you that you treat them with disrespect.  However, there are individuals who clearly are disrespectful simply because they feel like it or enjoy it. Should people be treated with disrespect?  Only if they deserve it one school of thought might say.  I think it is easier to be kind to everyone and if they are rude, end the conversation and walk away.  There is absolutely no point in being aggravated.  As children we learned to respect our elders.  In this generation today, respect  is almost non existent.  It seems anywhere you go if a person wants to be rude and disrespect you they will.  There seems to be a lack of conscience.   During the holiday season it tends to manifest itself at all sales.  Many individuals from countries other than the the United States are shocked at how children behave towards their parents and other adults.  The sass back which was never allowed when I was young.  I once sassed my grandmother.  As a woman who was raised on a farm in Southern Ireland, when she raised her hand and slapped me it was powerful.  Needless to say, I never spoke to her in a fresh way ever again.  The unfortunate part about hitting is that violence normally begets violence.  If children are hit at home, they will hit at school and on the playground.  They have already been taught that their parents have no respect for them.  Respect is a two way street.  In order to respect others, you need to be respected yourself.  In the Good Gus series, there was absolutely no disrespect.  The children set the example,  however, they did disobey.  The series is always available on Kindle worldwide and the first two stories are on You Tube at Mae’s Story Time.  If you consider reading “Misplaced Trust” you might be shocked and dismayed at the disrespect adult children had for their parents and relatives. It is available on 24 Symbols, Apple, Nook, Kindle, Kobo, Page Foundry, Scribd, Playster and Tolino.