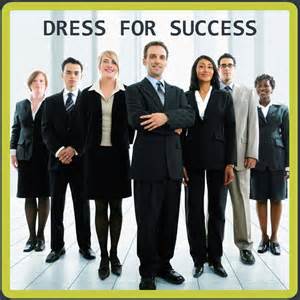 When looking to impress, many people dress for success. The point is to make a good impression and to look prosperous.  Many individuals believe that clothes make the man or woman and that you need to wear designer everything to look the part.  However, a nice outfit such as a suit for either gender, that fits properly can be part of the ticket to dress for success.  What is important, however, are the shoes, possible belt, purse and/or briefcase.  If those items are in leather, then it affects your appearance in a positive way making you look as if you are successful and prosperous.  It is possible in a previous blog that I mentioned a friend of mine who today is the Vice President of a worldwide, well known company.  When he had just graduated from engineering college, he was working at a local company.  All the line supervisors for this particular firm wore what was the standard uniform – a flannel shirt and khaki slacks.  They also wore thick rubber soled shoes and the belt for many was optional even though there were loops for the belt.  After he began working at this company, which was manufacturing various products and parts for the United States government, I suggested that he not look like the crowd and dress for success.  During the shopping excursion with him and his wife, he was cooperative but did have a difficult time paying extra for real leather shoes with  a couple of matching belts.  He completely changed his appearance to stand out from the other employees. Then, when a corporate executive of the company was touring the plant, as he gazed across a sea of flannel shirts and khaki slacks, my friend was a breath of fresh air in a pressed collar shirt, dress trousers, a leather belt and leather shoes.  Of course, you know the result, he was chosen for a specific event and from then on his career spiraled. The second bonus was that the good quality shoes kept his feet comfortable all day and that did not occur in the rubber soled less expensive shoes.  In the Good Gus Series, there was no dress for success as everyone wore the same clothes.  The books are available exclusively on Kindle worldwide.  Remember, Valentine’s Day is around the corner and “Misplaced Trust” would make a nice gift and is available on Kindle, Nook, Apple and popular e-books worldwide.