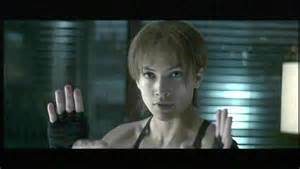 There are people who frequently put up a facade. If you penetrate the facade, the real person may not be what they appear to be.  In the older generations they were called phonies.  They put up a front that makes them appear to be the nicest people you could ever meet.  They pretend to be kind, considerate, thoughtful, loving and caring.  Then once you peel back a few layers the real person appears.  My friend saw that today with a workmate.  He always appeared to act as if he cared and was doing all types of favors.  Then, when the true self slipped out today she was surprised.  It occurs frequently in marriage.  A couple date and decide they are happy and compatible.  Then, shortly after the marriage the facade slowly disappears.  Jennifer Lopez was in a movie entitled “Enough.”  Everything started out beautifully.  At some point after they have a daughter, Jennifer discovers he is seeing another woman.  When she confronts him he becomes so angry he beats her.  Rather than take this for the rest of her life, she escaped.  She ended up with revenge when she killed him.  The point being is that his facade wore off quickly and she saw his true side.  The sad part of this movie is that many women around the globe are in the same situation.  Frequently, they have no money and cannot escape.  The ones who do have to start fresh, sometimes change their identity, and often live at a poverty level.  Breaking the facade of anyone is not easy.  You may have a friend for years and then all of a sudden their real self appears.  It can be shocking and devastating.  In the Good Gus series no one had a facade.  All the characters were real to give the young reader a true sense of real people.  The books are officially on the shelves of the San Diego Miramar Marine Base today!  Remember, it is always available on Kindle and at Mae’s Story Time on You Tube.  If people with a facade fascinate you, or you just want to learn more check out your local library, the net and even a few of the old movies.  “Misplaced Trust” available for gifting is on 24 Symbols, Apple, Nook, Kindle, Kobo, Page Foundry, Scribd, Playster and Tolino.