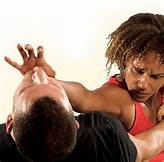 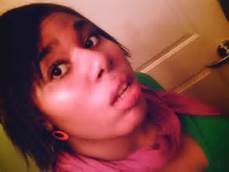 When most individuals see injustice they fight back.  Even children learn at an early age that it is important to stand up for themselves particularly against bullies.  Most of us have been through it at one time or another.  For example, when my son was in elementary school in Texas, one boy in particular, would not leave him alone.  The playground supervisor watched this everyday.  He never mentioned this boy to me.  However, one day he decided to fight back as he had enough.  The playground supervisor allowed him to handle it and only stepped in after she was sure that the bully understood my son was serious.  After that day, it never occurred again.  Unfortunately, women are prime targets for thieves, muggers, and physical assaults.  Many females are learning self defense techniques to put an end to this.  There have been short videos on line and on YouTube depicting women being attached and how they fought back.  It is unfortunate, however, in a few countries that if you don’t fight back, then it was fine with whatever occurred to you physically.  For example, in Turin, Italy, a forty-five year old man was acquitted of assaulting a female colleague.  His reasoning, which is outrageous, was that the female didn’t fight back, say “stop it”, scream, etc. while being attacked.  It is a deeply flawed argument but this case in Italy is not an anomaly.  Without fighting back, women are discredited and their stories questioned.  They are not protected by the very governmental system that is supposed to handle these situations properly.  In a new Swedish study, which was published in the Journal Acta Obstetricia et Gynegologica, it is actually normal for victims of assault to “experience a temporary paralysis that keeps them from fighting back or screaming. ”  The researchers spoke to close to three hundred women who went to an emergency clinic in Stockholm within one month of an assault.  Seventy percent of the victims told the researchers that they “experienced an involuntary paralysis” during the attack.  They were unable to fight back or scream.  Close to fifty percent of the women said they experienced “extreme paralysis.”  They were literally frozen being unable to speak or move.  Unfortunately, most women are unable to do the “fight or flight” because of their inability to move or speak.  This study shows how complex our brains really are and the neurobiology of trauma affects us.  The worst part of all this is that the victims experience PTSD.  In the Good Gus series, the citizens of Pecos did fight back but not with violence.  The series is available exclusively on Kindle worldwide.  If family or relatives treat you miserably, fight back and then read “Misplaced Trust” which is available on 24 Symbols, Apple, Nook, Kindle, Kobo, Page Foundry, Scribd, Playster and Tolino.