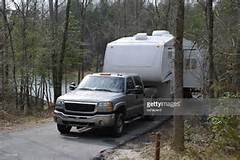 Once again there is fraud with Coca Cola.  For the second time in two and a half years, a fake company announced a phony relationship with a Coca Cola affiliate and shareholders are being cheated.  The fake company issued a press release saying that they had received an order from Coca Cola for over three thousand vital monitoring machines.  The lie had the effect they were seeking.  The stock rose over four hundred percent and the phony company committed fraud to hundreds of people.  That initial press release was absolute fraud.  The company that perpetrated this fraud was Southern Home Medical Equipment.  They have no assets, a website with nonexistent emails, with a legal address that is a tiny residential home in South Carolina.  It is a pump and dump stock and people who pump it up using fraud do become wealthy, and then dump it as soon as other buyers purchase the stock thinking they are making a great investment.  Everyday in life there is someone, somewhere committing fraud.   Many of the chapters in “Misplaced Trust” are about fraud. You would think that in times of grief, people would not let greed affect their brains.  Yet, it happens.  Relatives find ways to lie, cheat, steal and commit fraud against their families.  It is not always an easy task.  However, somehow they manage it.  There was one chapter about an older man who had met a woman and she began manipulating him.  She had been married before and I later discovered it was a scheme with her and her daughter.  She convinced the older man, who was on oxygen, to marry her and buy a home.  He had a fifth wheel which is a caravan or trailer that is attached to another vehicle.  She really wanted that as it would be very handy for her and her daughter.  The first thing she did was deprive her husband of oxygen so he would begin signing over items to her.  The man resisted the fifth wheel as he really wanted his son to have it as his adult son also took care of his grandmother.  The wife only let the son visit occasionally.  It was later found out that she was using her husband’s credit cards and taking his truck to buy home building products and moving them to another state in the U.S. where she was constructing a home.  On one of these occasions, after a failed attempt to get her husband to sign off the caravan, she left with his truck and credit cards to make another trip.  She allowed his son to visit and take care of him.  During that short visit, the husband explained to his son that he wanted him to have the fifth wheel.  When the son visited, he always made sure his dad had plenty of oxygen so he was mentally coherent.  Quietly, during that visit, his dad insisted that he bring him to the motor vehicles office and he transferred the title to him.  The end result was that even though the wife, when she became a widow, ended up with nothing except the home building supplies she had used with  his credit cards.  Needless to say, she was livid.  In the Good Gus Series, there is no fraud.  It would have been a bad example to the young readers.  The books are available exclusively on Kindle worldwide.  “Misplaced Trust” is available on Kindle, Nook, Apple and several popular e-book websites.