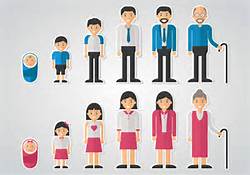 There are people when having an argument whose only response is, “Why don’t you grow up?”  The other person’s lack of imagination and vocabulary comes through when their answer is to simply grow up.  We all grow up, some of us faster than others.  Children who witness horrific things certainly mature faster.  When my son was diagnosed with Type I Diabetes when he was eleven, it made him suddenly grow up.  A few of our neighbors asked me about him as they noticed the sudden change.  When families break up, children grow up very quickly.  They don’t want to but often responsibility particularly for the younger children increases and they have no choice.  The fashion industry, until the laws around the world stopped them, started using very young children as models for adult clothing.  Even today, the outfits for young children and teens are not simple and modest.  Many of the clothing stores carry provocative outfits and styles for girls when they should still be playing with dolls and riding their bicycles.  The fashion industry in their desire to turn young boys and girls into fashion plates have led many schools to institute the uniform rule.  It was originally discussed as many of the children had up to the minute styles while others wore clothes from the second hand store or thrift shops.  The school boards thought it would put  all the children on an equally footing.  It was  in reality another form of bullying.  It sounds ludicrous but it is true.  Because of the  mature movies, clothing, and music for young children and teens, it makes them feel that they need to grow up and be mature.  Childhood is for living and having fun.  It shouldn’t be about the latest fashion trends, the hottest unsuitable music, or the rush to be a grown up.  After all, we are adults for many years and you can’t go back and be a child.  Sure you can do risky and even foolish things to recapture your youth.  However, once it is gone, there is no reversing it.  In the Good Gus Series the words, “Grow up” or “Act your Age” were never used in any story.  The point of the series was to encourage reading and childhood adventures. (available on Kindle) If you are looking for grown up reading, I hope you will consider “Misplaced Trust.”  (available on several e-book websites)