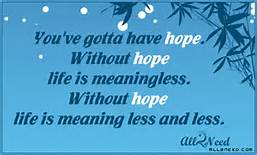 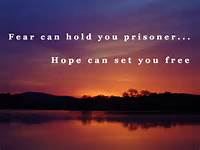 Everyone is planning to have hope for the new year.  In the United States, not only are the citizens, but countries around the world have hope that Trump will turn everything around.  That is quite a bit for one man and his team.  In Italy, the citizens are hoping that one of their largest banks will not fail.  In many other countries they have hope that the wars will end and they can start again to have peaceful lives.  In our personal lives, we all have thoughts, ideas, wishes, hopes and dreams for the upcoming year.  Almost everyone around the globe wants peace but whether that comes true in 2017 will remain a mystery until the year unfolds.  Personally, whatever troubles we may have, we all have hope that they will end once the year turns over.  For many, it may mean the same old day, just more issues.  For others, who do have hope, it means endless possibilities and chances to make things better.  Many people reflect on the past year and some individuals may have no positive thoughts or hopes for the new year.  When you think negatively, your life remains negative.  Although many times it is difficult to have positive thoughts, however, it is worth the effort.  How many times have you seen over the years a news event where men were caught in a mining tunnel, a ship was wrecked at sea, or an earthquake caused a terrible disaster.  Group positive thoughts, along with religious people praying, helped to give the people in turmoil hope and the belief that they would all be saved.  Even individuals with a terminal illness have hope right up to the end. Often it is difficult to cope with life situations if you have nothing to hold onto and believe that it will all turn out right.  In the Good Gus Series, all the citizens have hope for brighter tomorrows.  The stories give children the chance to see how people react during a difficult time.  The books are available exclusively on Kindle worldwide.  Today, a fan told me personally how much they loved the Christmas book, “The Special Gift.”  Don’t give up on anything if you find it difficult while handling will or estate problems.  Instead, have hope and read “Misplaced Trust” which is available on Kindle, Nook, Apple and several other popular e-book websites.