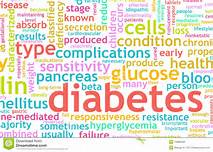 There is a great deal of controversy regarding healthy habits. However, there are real basics that shouldn’t be ignored.  For example, washing with antibacterial soap has a few pros and cons.  About seventy-five percent   of the antibacterial soaps contain the  chemical triclosan.  According to the U.S Food and Drug Administration it has never been really evaluated.  They have also said, “some short-term animal studies have shown that exposure of high doses of triclosan is associated with a decrease in the levels of some thyroid hormones,” while other studies, “have raised the possibility that exposure to triclosan contributes to making bacteria resistant to antibiotics.” Interesting, but not conclusive.  It may simply be better to wash our hands with warm soapy water.  Diet Sodas, which claim to be healthy because of the lack of sugar, aren’t. They imply to be weight-loss-friendly.  However, a variety of studies refute those claims but, in addition suggest that drinking diet soda may lead to heart problems, increased appetite, and weight gain. Artificial sweeteners such as  aspartame may lead to headaches, anxiety, and insomnia, while sucralose, the main component in Splenda, can have a laxative effect.  Aspartame, if anyone who has Type One Diabetes, is in doubt should test these theories.  For example, when my son was young and was diagnosed with Type One, the hospital insisted that he use aspartame.  I disagreed and did a great deal of research and chose Stevia as an alternative sweetener.  All of his friends never minded the taste when I made lemonade and other homemade cool drinks in the summer.  I also did a test.  One night I made hot chocolate with aspartame and the following morning recorded his blood.  The next night same hot drink yet with Stevia.   The results:  aspartame made his morning blood sugar much higher.  Try this yourself.  Stevia is now readily available in stores.  Focusing on low fat isn’t the answer to losing weight either.  Often what occurs to the food to make it low fat has caused it to lose its nutritional value and doesn’t taste nearly as well.  There are debates about frozen, canned and fresh foods.  Personally, I prefer fresh only.  Many countries now have farm to store and restaurant products which helps us all lead healthier lives.  These are just a few examples with my personal insights.  The characters in the Good Gus Series did eat healthy fresh foods.  The series is available exclusively on Kindle worldwide.  If you are desiring healthy habits, but would rather just read a book, please consider “Misplaced Trust.”  It is available on Kindle, Nook, Apple and several popular e-book websites.