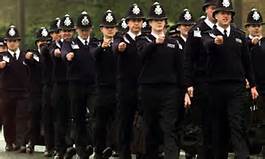 Have you ever wondered what constitutes a real hero? Obviously, there are people who are a hero everyday such as firemen, people in war, doctors, nurses, and anyone who goes out of their way to assist someone.  Recently, a policeman stopped to help a driver that he thought was in need.  Instead, it was a set up and the driver killed him.  So much for being a hero.  He was simply trying to do the right thing and yet the other man not only beat him but then shot him.  The policeman had set up flares as the man’s car had rolled over.  What possessed that man to do this unspeakable act, we may never know.  Not everyone wants to be a hero.  They go about their everyday lives doing the best they can.  When they feel the need to do a good turn, they should not be harmed or in the case of the policeman, doing his job.  There are many stories about bravery over the years not only in the media, but super heroes were invented to show the world their strength and their ability to save people.  It isn’t a recent phenomenon either.  The first super hero was Superman in 1938.  The comics along with cartoons, movies and TV series are still popular today. However, being a hero just isn’t about a dramatic rescue, everyday people can be a hero simply by always being there in times of need for their families and friends.  It is more important to live up to one’s responsibilities, follow through for the people who are counting on you and to take care of one’s family.  The people who do that on a daily basis without whining and complaining are real life true heroes.  In the Good Gus Series, Sheriff Gus and many of the towns people in the stories are heroes.  In book thirty-one, “The Dust Devil,” the hero of the story is a young boy named Frankie.  The published books are available on Kindle worldwide.  If you are trying to be a hero to your family and it’s not going well, take a break and read “Misplaced Trust” which is available on Kindle, Nook, Apple and several popular e-book websites.