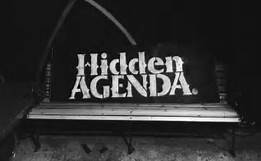 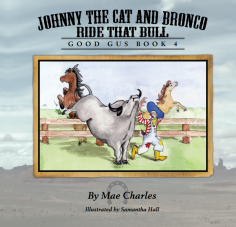 Not everyone has a hidden agenda, but many individuals do. It is extremely apparent with politicians.  The political arena tends to breed the type of individual who appears fabulous right up until they are elected.  Then all the promises, niceties, etc. disappear because they have a hidden agenda.  Of course, their first goal once elected is to be re-elected.  Surprising since they promise so much and rarely deliver. There are exceptions but they don’t want to stay in office forever.  They believe that they can make changes and when they can’t, the pay is excellent along with the benefits in most countries that they suddenly realize if they didn’t figure it out already, that they can leave office with their financial situation vastly improved.   The hidden agenda of men who prey on young women, particularly those struggling, possibly who have run away or have been abandoned, is unforgiving.  In the old movie, “Mrs. Winterborn” a young girl heads to the city after her mum passes and the con man who is trolling the bus station chooses her.  She is fine right up until she gets pregnant.  She wasn’t the type he could use for so called modelling or selling drugs.  She was handy to cook, clean, wait on him and his friends while he conducted his shady business.  When he throws her out, she learns that his hidden agenda was not what she had hoped for which was a home and a family.  Even family members have a hidden agenda.  If you have a relative or a sibling that is suddenly nice to you, it is almost certain that they want something.  Even in everyday life, in the workplace, there is always a person with a hidden agenda.  Some individuals are blatant while others are more subtle.  After a few times of being conned, a person begins to understand and steer clear of that individual.  In the Good Gus Series, the children occasionally had a hidden agenda.  The twins, J.C. and Bronco, from book four, “Johnny the Cat and Bronco Ride that Bull,” the boys rush to finish their chores to sneak off to the rodeo which they were forbidden to do.  It’s a fun book for the young reader with a good moral lesson!  The books are available exclusively on Kindle worldwide.  If family members are making yo aware that they have a hidden agenda, don’t fall for it.  Instead, grab your tablet and read “Misplaced Trust” which is available on 24 Symbols, Apple, Nook, Kindle, Kobo, Page Foundry, Scribd, Playster and Tolino.