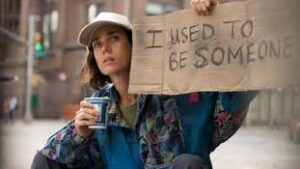 In a country that is reasonably wealthy, it is shocking that the homeless population continues to rise in the United States.  Recently, in California the number of homeless in the Los Angeles area and other west coast cities has increased.  It is a sad commentary for a country when there are so many homeless, over 554,000 across the country.  In addition, a large portion of the homeless, about thirty-four percent, had no access to a shelter,  tent,  vehicle or anywhere reasonable habitable to sleep.  It is particularly difficult as winter is upon us the temperatures drop significantly.  For the money that the government spends, plus donations why is there still an issue?  Many years ago in order to reduce government spending, the mentally ill were released from hospitals and expected to take care of themselves.  Obviously, it was impossible.  Many of them perished during bad weather.  For  people living in the larger cities, their wages are low and the rents are high.  It makes it impossible to succeed.  It’s great to live in urban areas, but if they are beyond a person’s means, they really need to consider more affordable areas.  During the Great Depression, people packed up what they could and moved to areas where there were jobs and affordable  housing that could help them live decently on their paychecks.  Often circumstances deteriorate and as it occurs people who had wonderful jobs, beautiful homes, and a good life end up homeless.  It is very sad particularly during this holiday season.  Anyone who can remember, whatever country you live in, to take a few minutes to volunteer or donate items to help those less fortunate would be part of the holiday spirit.  In the Good Gus series everyone worked together to help each other other.  That is how it should be today.  (available on Kindle and on You Tube at Mae’s Story Time) As you wear down from holiday shopping, grab your tablet for a break with “Misplaced Trust” which is available on 24 Symbols, Apple, Nook, Kindle, Kobo, Page Foundry, Scribd, Playster and Tolino.