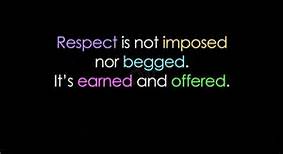 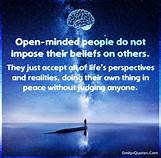 Have you ever met anyone who thinks nothing of imposing upon you?  It is almost as if they feel that whatever they are doing or whatever is going on in their lives is far more important than yours.  For example, when I had my contract engineering business I worked at home.  Mind you now, that was a little less than thirty years ago.  Most women still stayed at home with their children and only single mothers or unattached women worked.  It was also unheard of that individuals worked from home.  Once my children were in school and the other mothers discovered that I worked at home, they thought nothing of imposing upon me by dropping their children, often without a phone call to even ask if I was busy.  They thought that because I was home and paying a sitter to be with my children what was one or two more.  What it did mean was that I had to pay the girl extra for those days, yet those women didn’t think of that.  I felt it was unkind not to allow the children to play with my children.  It was inconsiderate for these women to think that I was playing at work when actually the company had sales of five million a year.  It goes beyond a lack of consideration.  Recently, an old TV show, “Family Affair” had a similar story.  The children went to their friends for the day and Mr. French went to a play.  It gave the uncle a day of peace and quiet and an opportunity to read a book.  Yet, once the doorman discovered that the uncle was home alone, he graciously let everyone else in the building know.  Before the end of the day, he had two children playing with his niece and nephew’s toys, a man who had a fight with his wife, and about five other men interested in watching a football game.  Then to top it all off, a female friend came by with her girlfriend.  Every time he ordered sandwiches from a nearby deli, more people showed up and before he knew it, he had fed ten people and he hadn’t even eaten.  When the family returned at the end of the day, he told them to never leave him alone again.  All the characters clearly were imposing and it didn’t seem to affect them at all.  It was very well written and it made the point of imposition by anyone as an inconsiderate, rude act.  There is no one in the Good Gus Series who felt the need to be imposing upon their neighbors or friends.  Whenever Sheriff Gus had to make his rounds outside of Pecos, Fred the owner with his wife Mary of their Cafe’ and Ray, the blacksmith, were available and took turns being accessible for any of the town’s needs while Gus was away.  “The Special Gift” continues to be popular again this year at the Marine Base in San Diego, California.  Remember, you can order your copy and buy it on Kindle worldwide.  If family and relatives are imposing on you this holiday season, take a break and read “Misplaced Trust” which is available on Apple, Kindle, Nook and several other popular e-book websites.