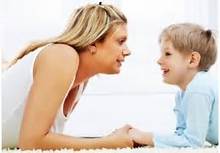 Have you ever noticed on occasion when you are speaking to a person that they are not listening?  You see it in the movies all the time and on TV shows as an example.  A husband, wife, parent, and even a child will be speaking but no one will really be listening.  I can understand that happening in meetings because after a while they seem to just drag on.  My idea of a meeting is no more than five minutes, ten tops, if you really have to cover a great deal of material or the topic is complicated.  When we started out as children we listened to everything everywhere.  Of course, there probably were conversations that were better left unheard.  That was how we learned, though.  Even in school, if the weather is beautiful or even dull and dreary, and the teacher was explaining a subject or there was reading by fellow classmates, unless it was very interesting, our ears tuned out.  The sixties generation had a motto, which was “Tune out.”  They weren’t interested in what the “establishment” had to say as they had their own theories.  Today, those very same people are in positions of authority, in government and head of many large companies.  Somewhere along the way they decided to tune back in and start listening.  However, there are still communes today that have that same philosophy.  They are just in their sixties and seventies.  Listening is important in every aspect of our lives.  It is imperative when driving as you need to be aware of your surroundings.  It is also applicable if you are out at night either walking or in a vehicle.  Recently, a woman who was handicapped and in a wheelchair was not aware of her surroundings.  She went into an immigration shelter in Sweden to use the facilities and was attacked.  She couldn’t defend herself and yet six bullies nearly destroyed her.  When individuals are in a relationship, it is important that they listen to each other.  If they pursue it further, they could end up hurt because they weren’t listening or aware of what the other person was really like.  It’s not always easy to listen and actually paying attention but its usually worth the effort. In the Good Gus Series, there are several stories where the children do not listen to their parents and along with their adventures other things occur. (books available exclusively on Kindle worldwide)  “Misplaced Trust” is worth the read particularly if no one is listening to you when you are thinking about a will or trust or if you are handling one. (available on all popular e-book websites)

All About the Money