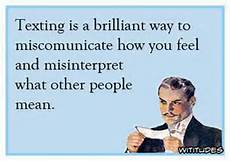 There are times that people who know me misinterpret what I am saying in my blogs.  I recently wrote a blog entitled “Count On” and a family member thought that for sure it was directed towards them.  They couldn’t have been more wrong.  The person who believed this is one of the few individuals that I can count on in life for just about everything. Sadly, this happens to many people throughout life.  The circumstances may appear that way, yet the reality is that it’s not the whole story.  I often write about events that occur in life to family members, friends, etc.  Many of the comments for this blog seem to enjoy personally related experiences.  There are, however, individuals who mishear or misinterpret and become angry which leads to an argument.  I know an older gentlemen who misheard one day and went off in a huff simply because he perceived he was insulted.  If he wasn’t sure, he should have asked.  The news media, if you see any of the other articles, tend to use manipulation in such a way as to make sure that anyone who reads their stories will misinterpret the information and rumors will fly along with sales.  It is a great way for celebrities and famous people to receive publicity.  There is an old saying that whether it is good or bad, some publicity is better than none.  It doesn’t make sense but for celebrities they want their names out there and for people to constantly remember them.  There have been countless articles after Trump was elected as President of the United States about what all the rumors were prior to the election.  Apparently, press releases were set in motion to discredit Trump even though they were not true and anyone could easily misinterpret them into something terrible.  It is foolish to think or believe that when it comes to politics that anyone plays fair and doesn’t spread half truths.  The Good Gus books do not contain story lines that could be misinterpreted by young readers.  The books are a great source of reading for young children on chilly winter nights and are available exclusively on Kindle worldwide.  If you have family members who are misinterpreting you or you actions, take a break and read “Misplaced Trust” which is available on Kindle, Nook, Apple and several other popular e-book websites.