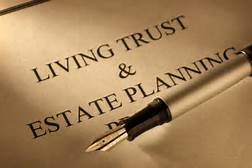 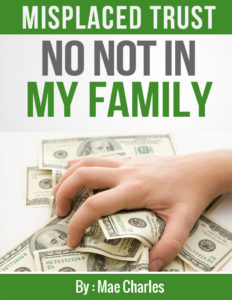 “Misplaced Trust” is not only the name of my book, but is a facet of everyday life. The book gives the reader an idea of just what happens after they put everything in place only to have it become a lawsuit, huge family battle and often downright ugly. The reason I wrote the book was that so many people loved my stories about my daily work  life and at the same time were shocked by individuals’ behavior that it was born.  Today, however, triggered “Misplaced Trust” in an article about the late Alan Thicke.  His widow signed a prenuptial agreement prior to marrying him in 2005.  She is now claiming it is invalid.  The fact that he left her extremely comfortable and her finances improved vastly after meeting and marrying Alan should be recognized.  Now that she is a widow she has the financial freedom to do what she chooses.  Just as in “Misplaced Trust,” whatever she agreed to or promised, greed has taken over and it is not nearly enough.  The unfortunate misplacing of trust by Alan is clear now as she is fighting to void their prenuptial agreement.  It is amazing that we trust people everyday, but more importantly the people we love only to discover that our trust was indeed misplaced.  What do you think Alan Thicke would say now if he saw what was happening to his estate?  The entire world knew that he always wanted to keep his ranch in his family and wanted his sons to share it for their lives and then pass it along to their children.  The old family traditions that don’t seem to exist any more.  Of course, like everything else in the world today, this situation will be played out in the media.  It almost seems impossible to make a clear judgment about anything because the two sides to every story turn into the fights of the year.  If you do a trust, think twice before placing your faith in trust in anyone, which includes your family.  “Misplaced Trust” is available on 24 Symbols, Apple, Nook, Kindle, Kobo, Page Foundry, Scribd and Tolino.  Misplacing trust in the old west in many situations occurred but not in the Good Gus series which is available exclusively on Kindle worldwide.