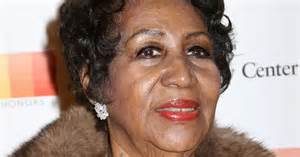 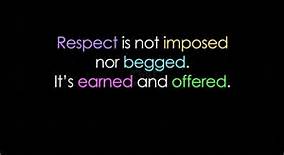 There was a comedian, Rodney Dangerfield, who based his comedic act around the following words; “I can’t get no respect.”  Aretha Franklin also sang a song, “Respect” written by Ottis Redding.  Respect or the lack of it is an interesting topic.  There have been a few people I have known in my life who didn’t respect anyone.  Then as they aged they felt that commanded respect.  What they deserved was exactly what they received, no respect.  Often individuals believe that because a person is wealthy, they should be respected.  Money doesn’t buy respect, being a decent human being does.  Treating others with dignity regardless of their age is more to the point.  It just doesn’t mean adults either.  All people should be treated well until they prove otherwise.  This also applies to children.  There are many adults who feel that just because a person is young, they shouldn’t be treated fairly or respectfully.  They have thoughts and feelings and should be treated well until they prove otherwise.  Once they act badly, they should learn that is wrong so they don’t repeat it.  Treating people with courtesy is simply another form of respect.  Yet, throughout almost everyone’s day, rude people feel that they deserve deference and that everyone else should accept and understand that.  I have mentioned this before, but most drivers have no respect for anyone else on the road except themselves.  They think nothing of running a red light or stop sign, jumping a line, and exhibiting nasty gestures.  One time my son was driving his friend and two other lads home from football practice.  He was at a stop sign in a line waiting to turn right.  A disrespectful woman jumped the line and just as he was about to turn, she slammed into his car.  She was going at such a high rate of speed that she pushed his car across a entire street.  Then she tried to claim that it was his fault.  Stop and think about this.  There were three football players who weighed along with my son approximately nine hundred pounds or about four hundred forty kilos. Seriously, what made that woman think she wasn’t at fault?  The only person in the Good Gus Series who had no respect for anyone was Bad Bart in book one, “Pecos Meets Bad Bart.”  If you are being criticized for your taste in reading, please try “Misplaced Trust.”  You will amaze and impress your family and friends.  (books available on all popular e-book websites)