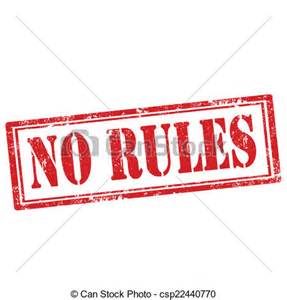 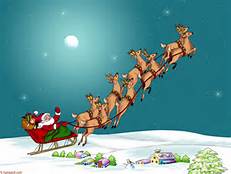 Many people believe life would be so much simpler if there were no rules.  Unfortunately, if everyone believed that only their ideas applied for rules and regulations, life would be a mess.  I recently watched an old TV show about a little boy who had wealthy parents.  He met two other children in the park one day and told them about his life and having no rules.  He could eat dinner whenever he wanted and didn’t have to be home at any special time.  The children decided to try it out with their dad.  At first the dad didn’t like the sound of the no rules policy.  However, then he realized that it might be an excellent object lesson for them.  Of course, they loved the idea.  They stayed up late, couldn’t wake up for school, and in general were bordering on unruly.  They then began to discover that the no rules policy also became the dad’s plan as well.  They wanted to go to the beach on a Sunday, and that morning they were all set to go.  The dad said, “Sorry, but I don’t feel like it.”  They immediately objected.  When he told them that the no rules also applied to him, they suddenly didn’t like that policy.  By the end of the day, they approached him and said they wanted things to go back to the way they were.  They no longer wanted the no rules policy.  Sadly, when the dad suggested they play with their friend when he wouldn’t take them to the beach, they declined.  Their friend was sitting home all day hoping to see one or both of his parents.  Even though he bragged about being able to do anything he wanted, the price he paid was no parental advice, quality time with them, or family events.  Over the course of anyone’s life, many individuals have met people who do not believe in rules and don’t have any for their lives.  If you observe them closely, their happiness is not real, they have no sense of community, and their attitude can almost be destructive at times.  They may not even follow the laws of their country but that only lasts so long until they are caught.  Then their lives become rigid, controlled by others and any freedom they thought they may have had is gone.  In the Good Gus Series there are rules that are enforced. The books give an example of obeying parents, paying attention to the laws that Sheriff Gus enforces and basic life lessons in an unobtrusive way.  “The Special Gift” is a wonderful Christmas book for any young reader on your list.  It is available exclusively on Kindle worldwide.  If you have wondered about situations in life, particularly ones where a relative or an associate feels that rules do not apply to them, please consider reading “Misplaced Trust” which is also available on Kindle, Nook, Apple and several other popular e-book websites.