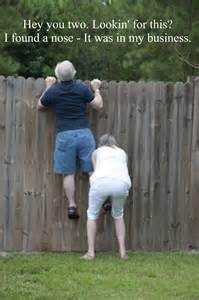 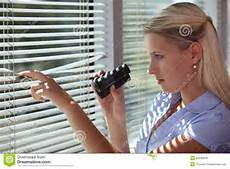 There appears to be two types of people one that is nosy and cannot mind their own business and others who can’t be bothered.  During the 1950’s the mantra of any teenager was, “Don’t be so nosy.  Mind your own business.”  There were many people who would sit on their porch and watch through their windows to see what was happening.  Then, if the teens misbehaved their parents were phoned and they were instantly in trouble.  In the 1960’s the attitudes changed and nothing seemed to matter and no one cared except about free love and drugs.  Obviously, there were individuals who were not interested in those things but focused on politics, the environment, and ending discrimination.  It was a time when if you were nosy you were chastised by the parents and the police.  As time went on there were instances where people actually witnessed crimes or heard pleas for help and chose not to get involved.  It has come full circle where everyone seems to be unable to control their acts, thoughts, comments and even calling the police.  There was an article on the internet about a woman   who was struggling with her young son.  Another woman was watching, along with a few other people and felt she was abusive so she called the police.  Rather help the mom who was having such a difficult time trying to get her son into her car, she chose the lazy way out.  Unfortunately, as this poor woman struggled she began to cry and still not one person offered to help her.  When the police arrived, the woman who called them was in for a rude awakening.  The police explained that they knew this woman and that her son was autistic and quite violent.  The mother wasn’t hitting the boy it was the other way around.  The police often lent the mum a hand as the boy was very difficult.  If the woman and the others watching had taken a moment they might have realized what was actually going on and given some assistance.  As it is the holiday season, rather than just be nosy and watch, if you see a person who needs a helping hand, why not offer it?  It might make you feel better and it will certainly help the person in need.  We have become a culture that watches for other’s faults and uses social media and shaming rather than taking the time to be a decent human being.  In the Good Gus series, no characters were nosy.  They helped their neighbors when they were in need.  The series is available on Kindle worldwide and books one and two on line for free at Mae’s Story Time on You Tube.  If you have nosy neighbors rather than get upset, approach them and try to brighten their day.  It might make you feel better, too.  Remember, Christmas is rapidly approaching and “Misplaced Trust” is a gift that needs no wrapping or standing in line at the post.  It is available on 24 Symbols, Apple, Nook, Kindle, Kobo, Page Foundry, Scribd, Playster and Tolino.  Quick note:  Miss Patty is at the Marine base as I write this blog restocking the shelves with the Good Gus series!