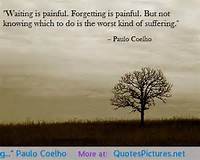 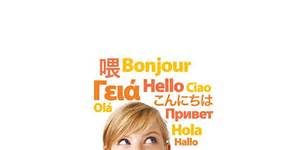 Not knowing is often easier than facing the truth or reality.  Many people would prefer to live in the dark rather than face the truth about almost anything.  In the previous century, many women in the early 1900’s didn’t work or even have any skills except working at home sewing, possibly baking or cooking, but nothing that involved going out to work every day.  Once a woman was married it was her job to stay at home and keep the house whether there were children or not.  They were unfamiliar with finances and much of the real world.  Not knowing was how it all went until World War II.  Women were required to work for the good of their country and future peace.  Once the men returned home from war they expected the ladies to quit their jobs and return to their not knowing way of life.  Unfortunately, the world changed as did the women.  They know longer wanted to go through life with blinders on.  Rather they liked working, earning a living, and following the news around the world.  Even as late as the 1950’s, women went to college to get married and settle down.  Today, life has changed for all women.  In some countries, they are being forced to return to the old ways and are expected to not know or understand politics, working, the global economy and so much more.  Even as children, our parents often forbid negative things such as horror movies, being exposed to too much television and limited or possibly shielded us from the real world until they felt that we were ready.  Today’s children are aware of what is happening primarily because of social media.  They are skilled with computers and in many countries the children begin learning a second language in Kindergarten. Hopefully, with the world becoming digital, there will be more opportunities to obtain world peace.   The community of Pecos in the Good Gus Series were well aware of their surroundings.  However, it was not a digital age, so their knowledge was confined to their immediate area.  Any news they could receive from newspapers from the big cities took a long time to arrive so not knowing in some ways was to their advantage as they focused on their immediate town and its citizens.  Remember, Christmas is just around the corner and “The Special Gift” plus four other in the series would be ideal gifts for the young readers on your list.  They are available exclusively on Kindle worldwide, the San Diego, California Marine base, and the goodgusbooks.com website.  Not knowing the answers to a living will or trust can be frustrating.  Please consider reading “Misplaced Trust” which is also available on Kindle, Nook, Apple and several other popular e-book websites.