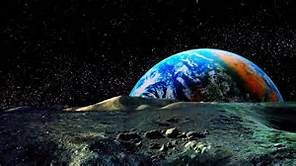 Just because something looks great on the surface, doesn’t necessarily mean that it is. Appearances can be deceiving.  For example, a friend of mine used to work at an auto repair shop.  One day two women walked in who had just purchased a used car from an auto lot down the same street.  They wanted the shop to look at it for possible new tires as they were planning to drive to Chicago.  It was about a fifteen hundred mile or 2414 Kilometers drive.  Once he put the vehicle on the lift, he was shocked.  The undercarriage was completely rusted, the brakes were about to give out, and there were several other repairs necessary.  He took  the car down off the lift and asked the women about the vehicle.  When they explained they had just purchased it, he told them to get back into the car dealership and return it immediately.  He clearly told them that the car wouldn’t even make it out of town.  He further said to the women that whomever sold them the car should be ashamed of themselves as it was a terrible thing to do.  The ladies took his advice and returned with a much better vehicle that was in excellent shape.  They thanked him profusely. On the surface, it was a beautiful automobile, lovely interior, no dents, etc.  Yet, the reality was it was a piece of junk.  Outward appearances can be disarming to many individuals particularly in business. On the surface, a company may appear to be very successful.  There was a company in California that was very successful.  However, they were breaking many laws and prior to the sale of this company, they hadn’t been caught.  They were in the insurance business and one of the worst things they did was constantly hire individuals who were in trouble with the law, about to go to jail or had possibly been charged with a crime.  They are the last type of people anyone should hire particularly in dealing with other individual’s money. Yet they managed to keep it all under wraps until the business sold.  The new corporation ended up with lawsuits, losing money, and several other issues.  They had deep pockets, and yet even though they researched and did  perform a do diligence, they were still somewhat shocked when everything came out.  If you think that on the surface the Good Gus look great, you would be correct.  They are ideal reading to mold young minds to always try to do the right thing. (books now available exclusively on Kindle worldwide) On the surface “Misplaced Trust” is about wills and trust.  However, once you start reading you will find greed, intrigue, family infighting, and so much more.  (books available on all popular e-book websites)
“