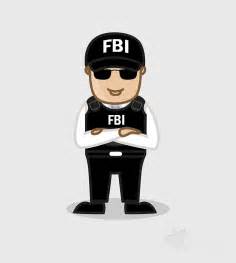 There is an old movie starring Goldie Hawn and Kurt Russell entitled “Overboard.”  In that particular movie, Goldie accidentally falls overboard.  Her husband hears on the news that next day that a woman was rescued but she has no identity and has amnesia.  Her husband saw that as good fortune and decided to leave her in the hospital so he can party and live off her money.  In this sense, he went overboard in his reaction to let her remain lost so he could enjoy himself.  People do go overboard often in their reactions.  Frequently, something small and insignificant changes into a full blown argument or fight because their minds went so far in the wrong direction that they were unable to stop themselves.  In the movie “Dashing through the Snow,” by Debbie Macomber, the FBI goes overboard in a reaction to a woman they believe is a criminal and possibly a known terrorist.  They never took the time to check her out thoroughly because if they did they would have realized that they were wrong.  It has a nice ending, as do all her stories, but the point is people overreact and act before thinking.  It’s true in real life as well.  Individuals assume, take for granted, guess, presume, and arbitrarily decide before sorting anything out in their minds.  Wars are started by people and it is usually a direct result of individuals not using logic and thinking about the consequences.  There are wars, however, that are based solely on feelings or ideals that aren’t practical.  It’s unfortunate because everyone loses in a war.  In the Good Gus Series, there are a few characters who go overboard in their reactions.  However, the story is brought back around so that the young reader clearly understands that thinking before speaking or acting is the positive approach.  The series is available both online and exclusively on Kindle worldwide.  If you feel family and friends have gone overboard in their attitudes towards you, find a quiet place and take a reading break with “Misplaced Trust.”  It is available at these fine e-book websites:  24 Symbols, Apple, Nook, Kindle, Kobo, Page Foundry, Scribd, Playster and Tolino.