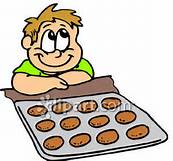 Why is it that many people have little or no patience?  We all have to wait in lines at the post, the bank, the grocery, movies, shops, getting into or out of parking and probably restaurants .  Yet, people literally have no patience.  They become short tempered and angry if they have to wait.  Life has a fair amount of waiting, yet to lose your temper over something so insignificant seems foolish.  At stop plights in some countries, if the first car doesn’t move fast enough or isn’t right to the stop line, people honk their horns, roll down the windows and use profanity, or call the person ahead stupid.  One time I was the first car in a line at an intersection.  My son and his friend, they were around nine or ten, were in the back seat.  I never liked to pull up right to the stop line and that day was not the exception.  The car behind me pulled around and pushed ahead of me.  I backed up slightly.  Sure enough, a car came flying through the red light, lost control and hit the person who had moved ahead.  He was hit so hard that it pushed his car to the middle of the intersection.  The car proceeded to hit the other car in the second lane and knocked it to the side.  When the dust died down, I quietly went through the intersection and left the scene.  Obviously, I had to take a different route home as the accident took hours to clean up.  If the person only had a little patience, his car wouldn’t have been destroyed and him injured.  Today, for example, a person I work with was livid that I didn’t immediately respond to him when he faxed paperwork to me. What on earth could possibly make him think that he is the only person I deal with on a daily basis?  I texted him and told him to try to have a little patience.  Needless to say, he has not responded.  Bullies tend to be short tempered and have no patience. They want it their way.  They want it now and if it doesn’t happen they occasionally have a temper tantrum while trying to bully others.  The lack of patience by Bad Bart in book one of the Good Gus series was written to show children that they cannot always have their way and that they need to compromise and have patience.  The series is available exclusively on Kindle worldwide.  If the people you are dealing with while administering a trust, will or estate are getting to you, decide to take a break for yourself and read “Misplaced Trust.”  It will be quite informative.  The book is available on 24 Symbols, Apple, Nook, Kindle, Kobo, Page Foundry, Scribd and Tolino.