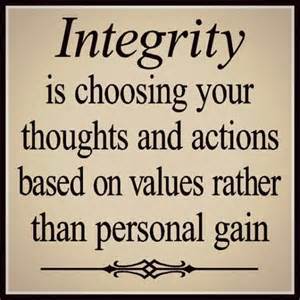 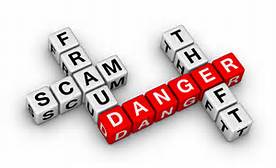 There may have been times in your life when you have received bad advice because the adviser was doing it for their own personal gain.  It happens all too frequently around the world.  For example, there is a person that is acquainted with a few individuals I know.  She is pretending to be a Paralegal in the State of California.  She is also claiming that she purchased a company she is no longer affiliated with and that company is out of business.  She retained the lists of clients when she was sent to visit them when the company existed.  She is now returning to those clients, pretending to be the owner of that business and as a phony Paralegal giving legal advice to the clients.  The client database was sold to a different company.  When the representatives of the new company call their clients they are met with anger and occasionally hostility.  She is blatantly stealing from these people for her own personal gain.  What is worse is that this isn’t the first time.  She swindled several millions of dollars from an elderly woman and never was even convicted or went to jail.  Are you wondering why she is doing it again?  She obviously ran out of money and needs to replenish.  It is amazing how anyone can plow through millions and still be broke.  She has been reported to various government agencies yet nothing has happened.  The individuals I know keep wondering how she can steal from senior citizens and get away for it.  They believe that if they did the same for their personal gain they would be jailed.  There are clients in an office I am affiliated with as a Paralegal who have lost hundreds of thousands of dollars for someone else’s personal gain.  For those individuals who were conned because they were given bad advice by a financial planner or adviser, their mistakes lie in not checking the track record of the adviser.  Just because a person looks successful doesn’t mean that they are.  Look at all the pyramid schemes that people do for personal gain and obvious wealth.  There was an episode on “Two and One Half Men” in which Allan swindled everyone out of money.  When he realized he was going to get caught he blackmailed Rose in return to pay everyone back.  What was worse was that he was still living in Charlie’s house for free.  To have no morals or ethics for personal gain is beyond wrong.  In the Good Gus Series there isn’t a single character who does anything to cheat their friends and neighbors for personal gain.  The published series is available exclusively on Kindle worldwide. If the personal gain of relatives is getting you down while you try to handle another’s finances, will or trust, check out “Misplaced Trust” for tips and ideas.  It is available on Kindle, Nook, Apple and several popular e-book websites.