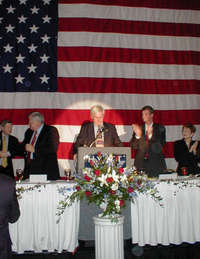 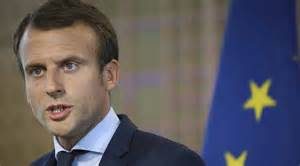 Why is it that so many people want to discuss politics? The biggest topic is the U.S. President Trump.  There are so many people obsessed with their views it’s unbelievable.  My cousin recently visited Ireland and everywhere he went because he is an American, people wanted to discuss American politics.  The whole election last year was intense.  After Trump was elected, many people posted that if any of their friends liked Trump they didn’t want to know them ever again.  What ever happened to a person’s right to privacy?  Why are people so obsessed with whom their friends voted for?  Unfortunately, there are individuals who are so obsessed with politics that you can speak about almost any subject and somehow it will be turned into a political discussion.  You can be speaking about something innocuous and before you know it the topic has changed into politics.  A celebrity named Chrissy Tiegen issued a press release claiming that Donald Trump has ruined her life.  Seriously, she is a celebrity and wealthy so how could he have possibly ruined her life?  This obsession of individuals is not normal.  Very few people agree on politics.  Often they have lively discussions but in the end they aren’t angry, hating the other person and refusing to continue being associated with them.  The election in France today may have discussions but it doesn’t appear to be the same as the U.S. election.  What has become an issue since this last election is that many individuals who are against conservatives or republicans, have become violent to prove their points.  It is wrong to physically attack, use weapons, or even blow up a shop simply because a person has different views.  That is what makes us all unique.  We have our own thoughts and ideas.  They belong to us and just because someone else doesn’t agree with us it  it no reason for physical or verbal abuse and attacks.  It is time people respect one another and try to be decent to everyone they meet.  The world would be a better place if we all respected each other’s privacy and passed a little kindness along on a daily basis.  There were no politics in any of the Good Gus series books.  It was important that children understand that their thoughts and ideas belonged to them and they could learn to make decisions based on data rather than other’s opinions.  The series is available exclusively on Kindle worldwide.  If the politics in your family are getting you down while you handle finances, an estate or a trust, consider reading “Misplaced Trust” to help you get a handle on your situation.  It is available on 24 Symbols, Apple, Nook, Kindle, Kobo, Page Foundry, Scribd and Tolino.  The weather may be dreary in Cotuit but sunshine will appear on Saturday at the library for the Good Gus children’s story time at 10:30 a.m. and the “Misplaced Trust” writing discussion at 1:30 p.m.