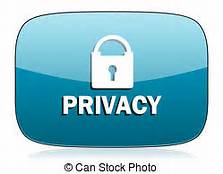 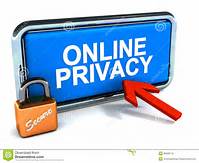 Personal privacy seems non existent.  If anything it has become a joke in our lives. Wherever we go whatever we do we are being watched, questioned either by other people or government employees.  Many groceries have cards to give you discounts and points.  In some countries you receive special coupons which allow you to take a certain amount off your bill at the checkout.  This is particularly handy during the holiday season.  However, what is really going on is that they are tracking your spending habits.  There are even cards now that will give you points at any variety of business.  Those are worse because without you realizing it, they are tracking you, your spending and your movements.  It sounds creepy, doesn’t it?  Yet it is true.  If they share any data with any government, they might see that you spend too much on alcohol and if you have a family, the government could make an unannounced visit to check on you to see if you might be an alcoholic and possibly abusing yourself or your family.  We all love a discounts and points that give us a percentage or an exact amount off, yet it comes now at the expense of our privacy.  Recently I saw a show on the Acorn channel, which originates in Canada, but carries numerous shows not only from Canada, but the U.K and Ireland as well.  This exact same scenario occurred, however, the head of the points card firm was using the information from the cards to date women.  When one of the policemen found out how easy it was to locate women by their purchases, he had the IT man give him the data so he could accidentally be near where an attractive woman he had seen previously at the grocery,  frequented and also near her home.  For a government official he breached his duties and invaded a lovely woman’s privacy.  A female police person also on the case, did the same checking on her husband.  She thought he was having an affair.  He wasn’t and he decided it might be best if they separated for a while as she hit him with a rolling pin in several locations on his person.  They both lost someone they cared about, simply by invading the other individuals privacy.  It should be a lesson for all of us and probably governments everywhere, but they won’t.  None of us are that stupid!  In the Good Gus series, there were no privacy issues.  Everyone knew about each other’s lives and it didn’t matter. The series is available exclusively on Kindle worldwide.  If you feel your privacy has been invaded, relax and take a reading break with “Misplaced Trust.”  It is available on 24 Symbols, Apple, Nook, Kindle, Kobo, Page Foundry, Scribd and Tolino.