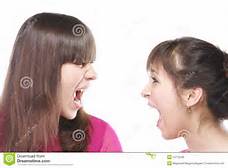 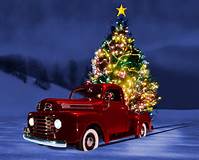 Why do people think that if they use a raised voice that it will solve an issue?  Not only do you see it in person, but it is in the movies and on the TV.  Somehow they believe that if they speak louder they will be understood.  It is often portrayed in shows when a person doesn’t understand a language.  They sound foolish.  There are individuals who feel that if a person isn’t giving them what they are asking that a raised voice will produce the desired results.  For example, a person is at the teller window of a bank.  The teller is trying to clearly explain the problem with their account.  It could be a bounced check, a wrong deposit, an error on their debit or credit card, or any other reason that you have witnessed waiting in line.  The more the bank employee tries to explain to the customer, the worse the attitude of the customer becomes particularly if they are at fault.  They begin speaking in a possibly an irritated voice, but before long they have raised their voice thinking that it will magically make their mistake disappear.  What is worse is that we, the other individuals waiting in line, have to have hear all of this.  Eventually, a manager or supervisor appears and then the process begins again.  In some cases, the customer is escorted out of the bank because they have become too loud and unruly.  This also applies to families having discussions.  For example, a member may have been diagnosed with a terminal illness and their days are numbered.  Suddenly, family and friends who were never around, appear and before he or she is even gone, they want various items, make demands for things that were previously distributed to other relatives and their attitudes become unacceptable.  The raised voice appears almost instantly and the situation becomes out of control.  Then, because this is the modern digital age, the emails begin flying.  You can tell the writers are furious and if they were within ear shot, you could hear them yelling.  All this because of greed?  That is why anyone contemplating anything as they mature, should really consider reading “Misplaced Trust” which is available on Kindle, Nook, Apple, and several other popular e-book websites. There are raised voices in the Good Gus Series but it is often for safety, trying to rescue someone and give assistance in a difficult situation.  The Christmas book is really popular this year and is available exclusively on Kindle worldwide.

Hello, i see that your page is very slow, it took around 8sec.
to load this article. Do you know that site speed
is major ranking factor for google now? If you speed up your
site you will rank higher and get more targeted traffic. Something may
interest you, search for: pandatsor’s tools