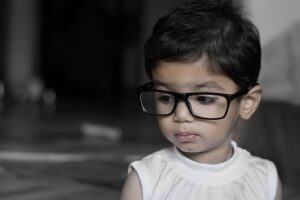 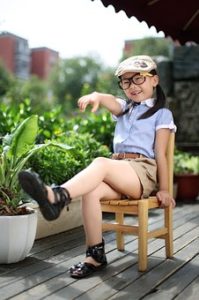 Everyday children go to school and dread the school bully. It’s not just elementary, or high school, it also happens in college.  Have you ever wondered why some children start out bullying and then continue throughout their entire lives?  There are obviously psychological issues that began at an early age.  They may have had a parent or parents, relatives, or even neighbors who started treating them disrespectfully and since they couldn’t fight back they took it out on others.  When my son was in preschool, we lived in a small town.  He had two friends, a boy and a girl.  The girl was harassed even at the age of four by a school bully.  The reason was simple.  She wore glasses.  It never mattered to my son or his friend, but it affected her.  It probably helped that she had two friends who liked her just the way she was.  When they started elementary school, there were different school bullies picking on her again for the same reason.  She was a very bright girl, yet her family felt she didn’t speak up in class enough so as to give the appearance of not being very smart.  What is interesting is that school that they both attended had a Readiness Program that was administered by the staff.  Their other chum had moved as his dad was transferred.  What I discovered was truly shocking.  The principal and first grade teacher chose out children they felt should be moved to the next grade at the beginning of the school year.  I am not sure how they were chosen.  It could have been political possibly the parents contributed to the school or were volunteers.  In any event, both children were not really taught to read, any math, and in general were allowed to play while the favored children were given specialized lessons.  If I hadn’t taught my son to read, drilled him in math, familiarized him with a minimum of history, geography, good grammar, etc. he would have been forced to repeat the first grade. I found this out from my son when I began asking what he did each day in school.  It appeared to be that the staff was actually a school bully to the children that they had decided arbitrarily were not qualified.  It also could have been that they wanted to guarantee seating for reimbursement by the government as it was a public school. Unfortunately, the girl’s dad did keep her back and she suffered from it in many ways.   At the end of the first half of the year, we moved to a temperate climate as his father had too many health issues.  This becomes quite interesting.  I explained to his teacher that he didn’t read that well.  We both figured out that he loved being read to and therefore showed no inclination to read.  Yet when he took his academic testing, he scored quite highly.  His teacher was impressed with his reading skills. By the way, today he is an avid reader and prefers it to watching television.The school bully is present in all levels of schooling.  Many administrative personnel have a real unacceptable  attitude towards the students.  They push them around and make things very difficult.  They are no different that the playground school bully.  In the Good Gus Series the only bully was Bad Bart.  However, Sheriff Gus turned him around and refused to allow his behavior to affect the citizens of Pecos. The series is available exclusively on Kindle worldwide. If the relatives, your family or even a few friends who are part of a will, estate or trust are trying to bully you, remember you were chosen to be in charge.  Get a few tips from “Misplaced Trust” which is available on line at 24 Symbols, Apple, Nook, Kindle, Kobo, Page Foundry, Scribd and Tolino.