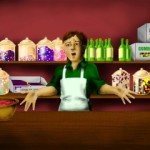 There are many families and individuals around the world who make their living as service people. Recently the Dean of Yale University’s Pierson College, June Chu, was placed on leave due to her insensitive Yelp reviews mocking service people as “morons” and referring to restaurant patrons as “white trash”.  It was discovered when she informed her students that she had become “Yelp Elite.”  For anyone not living in the United States, Yelp it is a company that provides a service to businesses regarding their reviews.  Individuals may leave comments and rate a particular company.  Apparently, the students began looking for her reviews of various companies over the past few years.  Her insults to specific individuals and referring to anyone who patronized a particular restaurant as “white trash” went above and beyond rude and insulting.  Her attitude towards service people became obvious when the students found numerous insulting reviews and sent them to the head of the school.  Former Dean Chu’s reviews spoke for themselves.  She made it abundantly clear that she was superior to everyone else and that all individuals should have treated her as if she was a dignitary not an ordinary well educated person.  Having a good education is important, but it certainly doesn’t give anyone the right to make derogatory remarks about other individuals.  She was, after all, patronizing those restaurants, cinemas, and other businesses.  She failed to understand that the individuals who keep her utilities running, collect her garbage, service her vehicle, wait on her in restaurants or cafes, the bank tellers, grocery staff, etc.  are all service people trying to make a living and taking care of their families.  Actually, if you think about it, she is a snob.  My son has two degrees and works in the service industry.  Should he be insulted, called “white trash” or a “moron” simple because that is currently his line of work?  There are countless numbers of people working in the service industries around the world who have a solid college education but were unable to land a job in their chosen fields.  A woman like former Dean Chu should be forced to work in the service industry for one week.  Then, she might appreciate how hard individuals work and try to do the best job they know how.  In the Good Gus Series, there were a few shops that could be classified as service.  The only rude person was Bad Bart in book one, “Pecos Meets Bad Bart.”  The series is available exclusively on Kindle worldwide.  If you have encountered pleasant service people today, please give them a tip to check out this blog and read “Misplaced Trust.”  It is available on 24 Symbols, Apple, Nook, Kindle, Kobo, Page Foundry, Scribd and Tolino.