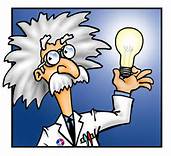 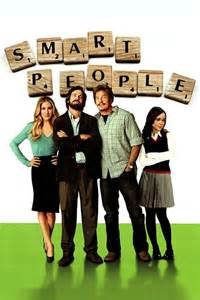 Why are there individuals who believe that they are so much smarter than everyone else?  It’s true not only with families, but in business and government.  There are people who simply feel that they are superior in all their thoughts, actions and decisions.  Yet, how can that be?  They even tell others what they are thinking as if somehow they could open their brains and read everything.  Not only is it annoying, but what could possibly make these people think that they know everything and are smarter than everyone else.  Criminals think that way and look where they land – in jail.  Most criminals believe that they can outwit  the police but for the most part they fail.  The successful ones, however, disappear, usually with a great deal of money and start over as if they were always their new identity.  When we were all in school, our teachers made us aware that they were definitely smarter than us and therefore, we had to listen to what they had to say.  Yet, there are schools and teachers who believe that they are above everyone else including the law and therefore, teach what they want, discipline how they see fit, and in general ignore all guidelines until they are caught.  Then their smug attitude that they are smarter and know better  comes to the surface.  The laws are stricter today, yet the unfortunate scandals particularly in the Catholic Church from the past that have surfaced painted a different picture.  Just on the news today, a gymnast coach was arrested for inappropriate behavior with his student.  He obviously believed he was smarter that everyone, but he was wrong.  Just because a person is more intelligent than his or her colleagues, friends or family, doesn’t mean that they are always right or know everything.  The world today can easily attest to the fact that all the brains of leaders around the globe have not solved all the problems and if anything, it is much worse.  At least they try, but the constant criticism of being told that they are wrong about everything I am sure doesn’t make their jobs any easier.  It is a daunting task and as humans they make mistakes.  In the Good Gus Series, Sheriff Gus appears to be smarter than the citizens of the town, but he doesn’t flaunt it.  Rather he  urges all the people of Pecos to go to the library and read.  Important lesson for young children.  The books are available exclusively on Kindle worldwide.  If friends and relatives tell you they are smarter than you while you handle finances, a will or trust, tell them to give it a rest and read “Misplaced Trust” which is available on Kindle, Nook, Apple, and several popular e-book websites.