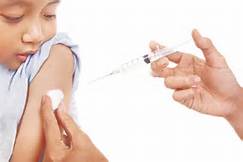 There are people who feel that doing things sooner than later produces more successful results.  However, too many people procrastinate so much that sooner than later never happens.  They feel that if they put things off, they may go away or they may not have to do whatever task is before them.  When one person says those words to another individual what they really mean is as soon as possible.  However, there are people who think that even a slight delay is acceptable.  Often it isn’t.  For example, a person owns a vehicle and can clearly see that their tires are in poor shape.  Rather make the smart move, they delay in purchasing new tires.  There could be a variety of reasons such as lack of funds, no sales, or as many people do, postpone until they end up with a flat.  Then, they may need roadside assistance, which is available in almost every country.  Even if a person is low on funds, purchasing used tires could at least buy them more time.  Often, when a flat occurs it is on a well traveled road or a freeway.  Then, they end up purchasing at least one tire which is also foolish as it will go before the three other replacements.  Sooner or later means just that.  Do it right away rather than risk life and limb.  Many parents use that phrase to try to motivate their children to clean up their rooms, finish their homework, or do the chores they were asked to accomplish.  However, children and teens would rather watch TV, play a video game, text message, or fool around on their computer.  It is challenging for parents regardless of the age.  Everyone in the Good Gus Series knew that if there was a task that need to be completed, sooner than later was frequently critical.  In several of the stories, there are weather events, and different types of occurrences that required immediate action.  Rather than ponder the situation, Sheriff Gus always knew what need to be done and  set everything in motion including people, to solve whatever was happening.  (books available on Kindle) If you are considering reading “Misplaced Trust, ” I recommend you do it sooner than later.  It may be one of the most unusual books you have ever read. (Books available on popular e-book websites)