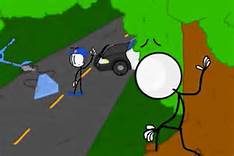 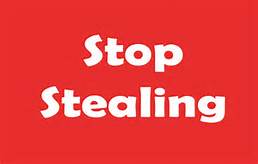 Why is stealing so popular now?  Suddenly, it is on the news and happening to me personally.  In the United States there is discussion and articles about people stealing from the government sponsored insurance programs.  There are stories that you hear from people who receive all types of medication that they no longer need.  Even after they try to cancel and explain to the governmental service, no one listens.  These individuals end up selling their medications online for the people who either don’t have insurance or the price to purchase their medication is so high that the black market is actually cheaper.  There are people who go on the dole or government subsidized programs around the world who will never work a day in their lives.  What is worse is that it will pass onto their children and there will be generations of families being supported by the government.  Sometimes, it only takes one person with the dream of moving up and changing their life for good and it breaks the cycle.  Unfortunately, my son’s cargo trailer was recently stolen.  Inside was a very expensive tool box, full of tools – all Snap On.  Anyone who has even heard the name, knows the quality and the cost of these tools and their tool chests.  Whoever it was, clearly had scoped it out and knew that he kept his box and tools locked in the trailer.  What is worse is that he had locks, not only on the doors, but around the tires.  Whoever did this, knew they needed to come prepared.  They had a plan for stealing the trailer and its contents.  There were others in our condominium complex, but they were not taken.  The police were able to find the cargo trailer within a few hours but not its  contents.  Obviously, stealing is a way of life for some individuals.  The next time you hear someone padding a bill for the insurance companies, airlines, or even in a lawsuit, you might remind them that not only is it stealing, but it raises the rates and costs for the rest of the consumers.  In the Good Gus series, stealing didn’t exist.  Of course, it did occur in the real old west but it would have been a bad example for the children.  The series is available exclusively on Kindle worldwide.  If people are stealing your time with trivial nonsense, take a break and read “Misplaced Trust.”  It is available on 24 Symbols, Apple, Nook, Kindle, Kobo, Page Foundry, Scribd and Tolino.