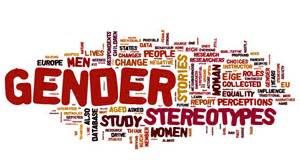 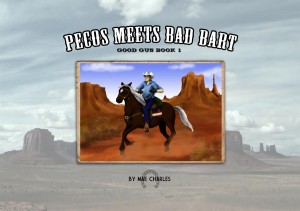 Everyone talks about not stereotyping yet they all do it. In an old “Happy Days” show, the teenage boys, Richie, Potsie and Ralph decide to hire themselves out as cheap labor.  Their first job is to repair a fence for a woman.  When Ralph and Potsie find out she is divorced, they start with the typical stereotyping speech that existed back in the 1950’s.  They said she was “hot to trot” and that she would want to be romantic with either of them.  Richie disagreed and said she was just a person.  Both boys tried their hand thinking their stereotyping thoughts and failed miserably.  They then left because after not getting anywhere with the woman, they were too lazy to do the job.  In the end, Richie finished the job and the woman invited him to dinner.  Of course, nothing happened but Richie realized that she was just lonely being in  new town and no knowing anyone.  The Fonz, on the other hand, after he heard about it, his stereotyping thoughts flew and he wanted all the details!  Another example occurred with me today.  I was at a large grocery which requires you to show your slip when you leave with your purchases.  It is really more of a low priced department store that has a huge grocery section.  As I was leaving, I showed my slip to the security guard.  He looked at me and said, “Oh, no, not you mama.  I know you didn’t steal anything.  It’s those others that do.”  The man had emigrated from another country.  In the 1960’s the hippie generation was stereotyped if they had long hair, wore bell bottoms, wore bright clothing, and used a variety of slang in their daily speech.  They were thought to be dope smoking, promiscuous, dirty thieves.  The sad part was that many of the people liked the style, bathed regularly, held down respectable jobs and took care of their families. In the Good Gus Series part of the stereotyping back then was the black cowboy hat.  One time I had read “Pecos Meets Bad Bart” to a group of children at a school.  When I returned to read, “The Cattle are Restless”  the children were audibly voicing their objections as I read that when Cory, Sheriff Gus’s cousin,  came to town he was wearing a black hat. The published books are available exclusively on Kindle worldwide.  If you feel stereotyped while you are handling the fiances for a relative, ignore that person and take a break with “Misplaced Trust.”  It is available on Kindle, Nook, Apple and several popular e-book websites.