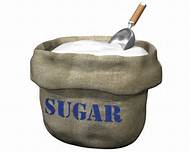 Everywhere you look there are articles about sugar consumption on the internet and in newspapers. Limiting added sugars has always been a good idea as products produced today are filled with hidden sugars.  Look at soda.  In many countries the companies are not allowed to make it with high fructose corn syrup.  It is literally worse that plain old white sugar.  The World Health Organization recommends thirty-eight grams for men, twenty-five grams for women and twelve to twenty-five grams for children.  When you think about it, those numbers seem high.  Yet, hidden in many products are forms of sugar.  In the United States, plain old bread is almost sweet because of the sugar.  They don’t use high fructose syrup in many of the recipes as it distorts the taste and texture too much.  Coming from Europe to the U.S., it was amazing to see the amounts of sweeteners that were in all types of products.  It is shocking, primarily in the United States, how many foods contain high fructose corn syrup. The World Health Organization recommends no more than fifteen grams of high fructose corn syrup.  That is ludicrous considering how it is processed through your system and is truly bad for everyone. Zero would be a better number.  Fruit flavored yogurt, for example, can contain upwards of nineteen grams of sugar; of which  twelve grams  is added sugar. The rate of Type Two Diabetes has escalated over the years simply because of sugar and high fructose corn syrup.  In Europe, it is unacceptable as an additive to foods.  Medical professionals are now seeing obesity in infants, with strokes in eight-year children,  and heart attacks in individuals as young as twenty.  By the age of thirty, many Type Two Diabetes many  require renal dialysis to stay alive. Teens are now getting gastric bypass surgeries. It was originally called “adult onset diabetes” but is now referred to as “Type Two Diabetes,” as it is no longer reserved for adults. What is wrong with this picture? The answer is obvious it is the food.  What is worse is that the scientific studies performed by sweetener manufactures manipulate the results to somehow convince the public that sugar really isn’t that bad while they make millions by addicting people to their products with added sugars.  Just yesterday, there was an article that scientists found a link from too many sweets and Alzheimer’s disease.  That surprised me.  In the Good Gus Series, the foods were all natural so hidden sugars were never an issue.  The books are available exclusively on Kindle worldwide.  Remember, “Misplaced Trust is available on Kindle, Nook, Apple and several popular e-book websites,.